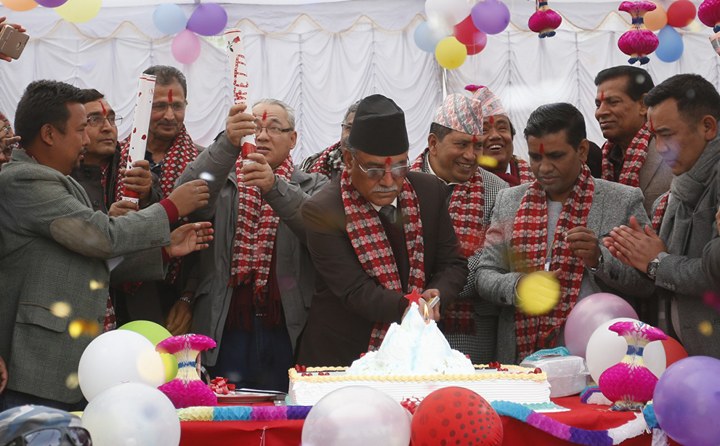 Even though Young Communist League (YCL), youth wing of the Maoist Center, decided to invite CPN-UML chairman, finally they cancelled their decision in view of the current political scenario, said a YCL leader.

The parties, who had forged an alliance in the House of Representatives and Provincial Assembly elections, failed to come together to observe the People’s War Day.

However, CPN-UML was not invited to take part in the People’s War Day.

“We did not invite him taking his busy schedule into consideration. We called the other leaders but they did not turn up. UML Chairman Bamdev Gautam was expected to attend the program,"  a UML leader said.

Speaking at the program, Chairman Dahal urged all the communists to get united for socialism-based prosperous nation.

RAJBIRAJ, Nov 1: District youth leaders from Saptari have begun a fast-unto-death from Tuesday to their dissatisfaction over party’s decision... Read More...

Which services will be allowed in Kathmandu Valley from Tuesday?
17 hours ago

Integrated policy to be introduced for Raute Community
1 hour ago