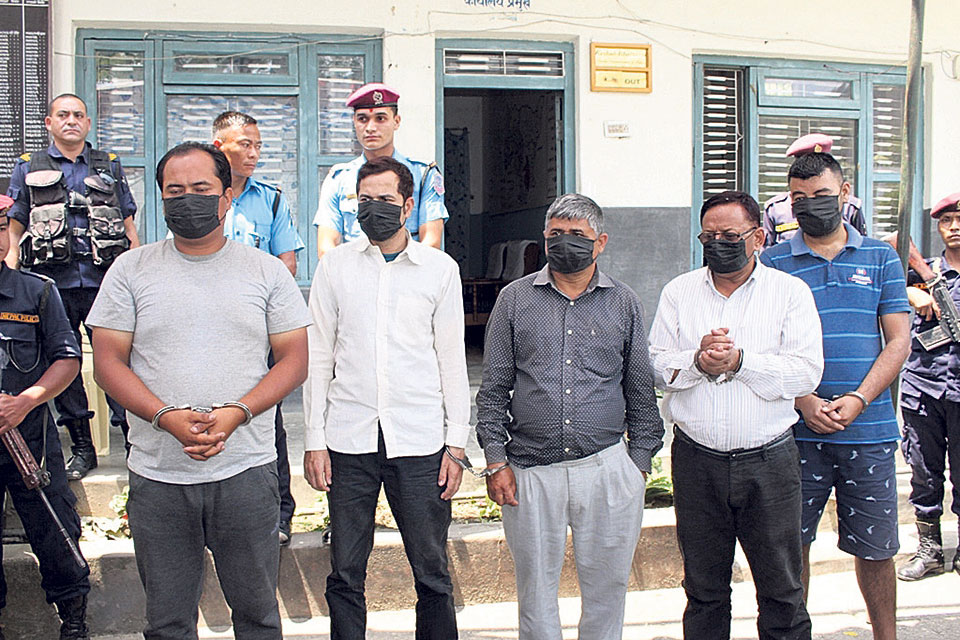 BUTWAL, April 19: Police investigations have revealed the involvement of youth leaders of CPN (Maoist Center) and Youth Association Nepal (YAN) as well as some entrepreneurs behind the criminal activities conducted by notorious criminal Manoj Pun, who was recently killed in police encounter.

Pun, who was allegedly the mastermind behind the murder of Durga Tiwari and Basanta Poudel alias Balu of Rupandehi, was backed by CPN (Maoist Center) and YAN, UML's youth wing, in organized crimes, according to police.

As per the preliminary investigation of police, these people used to call the wanted criminal Pun over telephone to carry out criminal activities in return for financial assistance, informed Superintendent of Police Shyam Gyawali, chief of Rupandehi Police. Gyawali further informed that these five people were involved in such criminal activities since a long time.

"It has been found that these people used to provide the details of their own friends for murder and also provided huge money for doing so," said SP Gyawali, adding, "Not just that, they were also found obstructing roads and staging protests on behalf of the victim's family."

SP Gyawali also informed that police are searching for few more people who have been suspected of co-operating with Pun in his crimes. "There are few more high-profile people who are involved in all this," said SP Gyawali, adding, "We are keeping a close watch on them and will soon nab them too."

Notorious criminal Pun and Som Ale were killed in police encounter on February 21. Police have arrested 18 people including Subash Gurung, Shyam Bahadur Gongbe, Shalikram Chapagain, Paras Bhattarai, Padam Chaudhary and Mahinarayan Chaudhary of Bhorletar, Lamjung among others for their involvement in the murder of Durga Tiwari and Basanta Poudel. Some of them are already facing punishment while some are under judicial custody.

MAHENDRANAGAR, May 23: Police have arrested a 22 – year – old youth from Janakpur in possession of modern weapons. Read More...