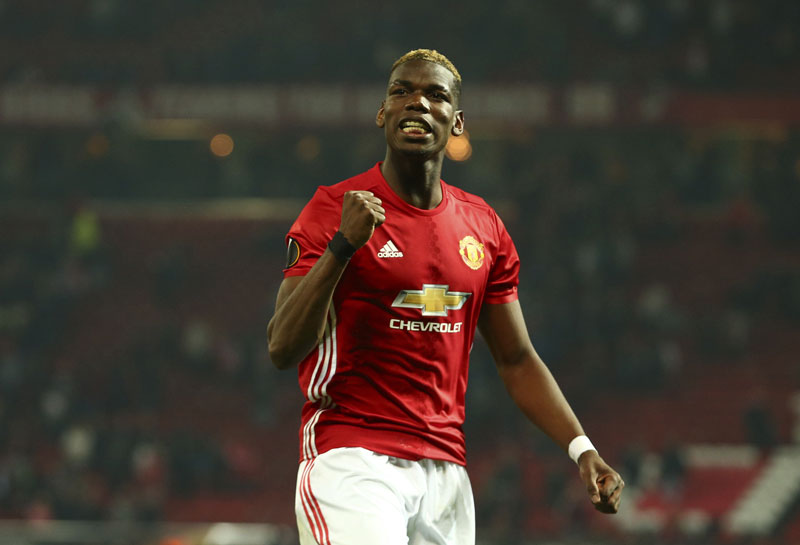 MANCHESTER, May 12: Manchester United and Ajax advanced to the Europa League final on Thursday, bringing together two of the continent's grandest football clubs looking to regain their former luster.

Both teams ended up squeezing through to the May 24 showpiece in Stockholm after nervy finishes to both second leg matches in the semifinals.

United conceded an 85th-minute equalizer and hung on for a 1-1 draw against Celta Vigo, completing a 2-1 win on aggregate. The English team kept alive its ambitions of capturing the only major trophy missing from its collection.

Ajax also nearly squandered a first-leg lead, losing 3-1 to Lyon in France to go through 5-4 on aggregate.

It's a high-profile showpiece match for Europe's second-tier competition, with the two finalists having been European champions a combined seven times (Ajax four, United three).

However, United was last in the final of a European competition in 2011, when it was outclassed by Barcelona in the Champions League final at Wembley Stadium.

It has been 21 years — the 1996 Champions League final — since Ajax was within one win of capturing a European trophy.

Winning the Europa League offers a direct route to next season's Champions League group stage, which is crucial to United as it is fifth in the English Premier League and unlikely to finish in the top four qualifying places.

Here's a closer look at the two second legs:

This proved to be too close for comfort for United, with manager Jose Mourinho looking racked with nerves throughout the second half at Old Trafford.

Marouane Fellaini headed a 17th-minute goal to give United a two-goal cushion on aggregate, building on Marcus Rashford's winner from the first leg.

But Celta dominated the second half as United dropped deep, and defender Facundo Roncaglia glanced in a header in the 85th to leave the Spanish team needing one goal to advance.

Roncaglia and United defender Eric Bailly were both red-carded in the 87th minute for separate incidents in a mass melee and Celta missed late chances to cause a huge upset. John Guidetti failed to wrap his foot around the ball with the goal at his mercy seconds before the final whistle.

Some Celta players were in tears after fulltime.

Bailly will miss the final through suspension.

Lyon's players also collapsed to the ground at the final whistle, having also come within one goal of a dramatic second-leg turnaround.

Lyon looked to be out of contention after Kasper Dolberg put the visitors ahead in the 27th minute to make it 5-1 on aggregate but Lyon top scorer Alexandre Lacazette netted twice inside a minute just before halftime to give the French team hope.

With Ajax on the back foot, Lyon midfielder Rachid Ghezzal set up a frantic finish when his downward header from Maciej Rybus' excellent cross made it 3-1 in the 81st.

It was made even more intense when Ajax center back Nick Viergever was shown a second yellow card and sent off in the 84th minute. Maxwell Cornet's shot grazed the right post in the 88th as Lyon went agonizingly close to forcing extra time.

STOCKHOLM, May 25: Manchester United's Paul Pogba and Henrikh Mkhitaryan scored a goal in each half as their team comfortably... Read More...