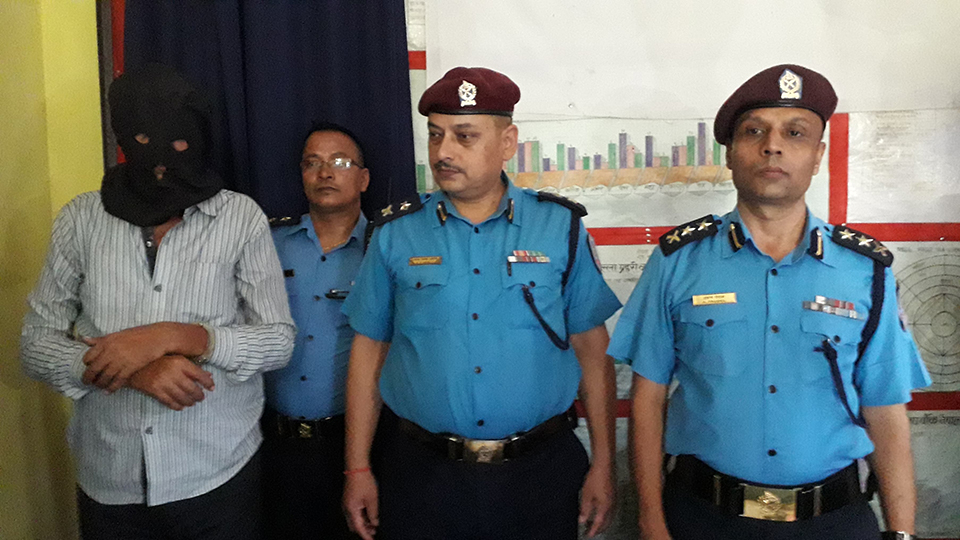 Soni, the father-in-law of the murdered Hemkar, had been absconding for the last 12 years after ‘murdering’ five members of the Hemkar family.

Acting on information provided to the police, security personnel arrested Hemkar from Nepal-India border area.
On March 7, 2006, thirty-two years old Hemkar, Gulab Devi Hemkar, 82, Jagdev Hemkar, 62, Sitadevi Hemkar, 45, and Sanischar Chaudhary, who was working as an assistant at the Hemkar family’s house, were hacked to death while asleep in their rooms.

Despite years of investigations, police were unsuccessful to trace the culprit. Soni, a local of Bisawa Bazaar of Sitapur district, India, is the father-in-law of the murdered Dipak.

Police suspect that the Hemkar family was killed over monetary issues.

SP Arun Paudel claimed that Soni killed family members of his son-in-law due to monetary disputes. Dipa, Soni’s daughter married to Dipak, had shifted to India selling her property in Nepal after the mass murder of his family members including her husband.

Police were facing difficulties solving the case after Dipa moved to India. According to Police, Soni still runs a gold business in India. He was arrested when he came to Nepal to purchase gold.

“We had suspected a monetary dispute as the possible reason behind the murders. But the investigation hit a snag for long as the accused was staying away from Nepal. The change in the Soni family’s economic status also indicates the same,” said SP Poudel, “Investigation is still underway.”

Case filed against eight including assistant CDO for citizenship forgery

PANCHTHAR, Dec 19: In the first week of November, police arrested a person from Falgunanda Rural Municipality-2 on the charge... Read More...