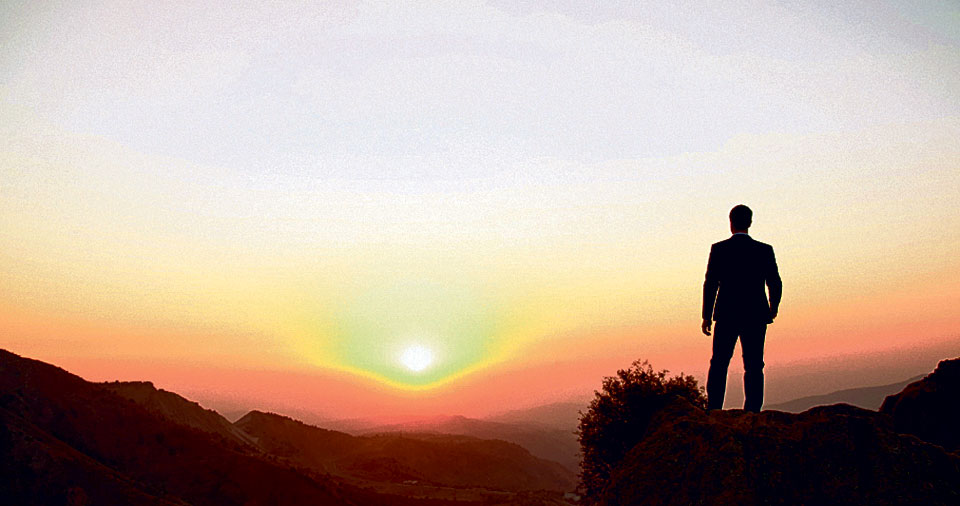 If we want to promote operational dynamism of foreign policy, Nepal should start appointing a thoroughly professional diplomat with long diplomatic experience and exposure as foreign minister

People or individuals help create ideas, issues and organizational visions. Ranking and reputation is determined by the manner and methods with which the visions are translated into action. Together, they generate ideal ambience for organization’s operational dynamism.

The principle and goals articulated in our constitution are reflective of the geo-political and socio-economic ground realities. However, policies alone are not, and cannot be, the measure of organizational soundness and success. These days one gets to read and hear a lot about operational dynamism of an organization. Opinions and views vary as to what actually operational dynamism is all about. Many believe it refers mainly to the favourable in-house working environment, manned by highly skilled, motivated and professional officials. In Foreign Ministry, these officials are called career diplomats who are groomed and trained for years in the art and knowledge of diplomacy. They are also considered as linchpin for the pursuit of a country’s foreign policy through application of effective diplomacy. Operational dynamism of foreign policy depends on their ability to interpret and analyze the delicate nuances of diplomacy for the promotion and protection of country’s vital national interest, in keeping with the foreign policy goals and objectives. So what is the quality and standard of our Foreign Ministry’s operational dynamism in terms of discharging its diplomatic functions effectively? How well trained, professional, knowledgeable and articulate are our career diplomats for that?

Quality vs quantity
For sure, Foreign Ministry’s quantitative strength has vastly expanded in the last few years. Many new positions have been created in the ministry and its missions abroad. But more questions are raised when quality of delivery is concerned. One of the constant criticisms against the ministry pertains to its less-than satisfactory diplomatic performance, both at the Ministry and in the diplomatic missions abroad. Career, or non-career, it is alleged that foreign ministry officials and its diplomats have failed to give a good diplomatic account of themselves either at the bilateral or in the multilateral missions. Many believe Nepal has lost its visibility that it once had at the bilateral and multilateral arenas. In multilateral forums, loss of elections both for United Nations Security Council’s non-permanent seat and later on for  the United Nations General Assembly President that we had contested are the examples that are often cited.

Not only that, these election losses served to dispel the myth about the ability and professionalism of career diplomats. It was believed career diplomats, for reasons of long diplomatic work-experience and exposure in the ministry and missions abroad, stood apart from their non-career counterparts in terms of discharging diplomatic duty satisfactorily. Nepal, surprisingly, lost the elections on both occasions when the UN Mission in New York was led by a well-groomed career diplomat with good exposure. Having to lose not only one but two times illustrated the diplomatic debility of career diplomats too. When the performance of career diplomats is so dismal in the multilateral mission, one can imagine the performance of the politically handpicked ambassadors. Of course, there can be several factors behind loss or win of elections in as politically charged and influenced organisation as the United Nations. As far as winning elections at the UN’s various organs are concerned, it is often seen even the gem of a diplomat of powerful countries has been made to suffer defeat sometimes. Nevertheless, these losses serve to underscore the sharp dwindling signs of Foreign Ministry’s operational dynamism.

Erosion of diplomacy
Sharp and progressive erosion in the practice of effective diplomacy has always remained a moot topic in the post-republic governments. Depleting institutional strength because of frequent political interference, Foreign Ministry being led by a leadership bereft of   knowledge about the sensitivities involved in the foreign policy matters and lack of focus on professionalism are some of the reasons cited. It is not that successive governments of the time did not make efforts. They pledged to work for making foreign policy, including its practice, more attuned to the emerging needs of the post-republic Nepal. But these commitments remained only on papers and remain largely unimplemented.

This was because all governments suffered from the protracted political instability, bane of coalition governments, politicization of bureaucracy and absence of clear-cut organizational goals. Foreign Ministry, too, could not remain immune to this messy environment. Professional competence of its personnel suffered heavily. Competent officials, for lack of incentives, became opportunity-seekers, often knocking at the politicians’ doors seeking favor. Thus post-republic governments miserably failed to give the attention and importance to the vital foreign policy issues. Foreign Ministers were picked at the whim and pleasure of the Prime Minister, who lacked sufficient knowledge and experience on foreign policy matters. Inability of our political leadership to make a distinction between domestic and foreign policy issues and sensitivities caused sharp decline in the country’s diplomatic image abroad.

Disappointingly, even in the present politically stable environment, our political leaders continue to suffer from these undiplomatic malaises cited above. They continue to make irrational and undiplomatic statements if it serves their personal interests, only to create controversies. Acting against established diplomatic code of conduct, despite knowing the enormity of damage that may inflict upon the time-honored diplomatic decorum and decency has been a routine affair for many of our leaders even to date.  They seem little bothered that such behavioral inconsistencies create serious credibility questions in the eyes of our international and bilateral friends. This has cost our international image. As a result, our diplomats and negotiators tend to lose negotiating edge in the vital national agendas and issues as they are not trusted.

Making amends
Since these erratic behaviors have already caused considerable damage to the country’s image, our leaders must not try to step into the diplomatic shoes anymore. Like in India and in many other South Asian countries, conduct of foreign policy must be left to the Foreign Ministry. If we want to promote operational dynamism, we must inject professionalism into the entire spectrum of Foreign Ministry. This would mean appointing a thoroughly professional diplomat with long diplomatic experience and exposure as Foreign Minister. The same should be the measure for appointment of ambassadors as well.

We can take a leaf from the diplomatic book from India where former foreign secretary has now been picked as Minister for External Affairs. Practice of appointing foreign minister from among professional diplomats is the first step which must be introduced sooner than later. However, this alone will not suffice. The entire Foreign Ministry workforce which has been the victim of rampant political interference needs to be redeemed. The foreign minister should be given full operational freedom to institute required reforms in the ministry to render its workforce more professional, result-driven and capable of dealing with the challenges in foreign affairs.

Their diplomatic performance must be measured in terms of the quality of service they have delivered. The present business as usual attitude will backfire. Hence, we have to make sweeping reforms in the way we have been conducting foreign policy. Ongoing and emerging geo-political and socio-economic challenges and their ramifications on our national security interests require diplomats with sharp analytical knowledge on international relations. They need to have enough diplomatic skill to be able to negotiate our way out of those challenges. This is possible only when we sufficiently enhance our negotiating skill and leverage our diplomatic prowess. To achieve this we must place greater focus on improving the operational dynamism of foreign policy in the days ahead.

KATHMANDU, Jan 6: Minister for Foreign Affairs, Pradeep Kumar Gyawali, has spoken of the need of national dialogues to build the... Read More...

A statement issued by Chinese embassy in Nepal on February 18 over an article published by The Kathmandu Post sent... Read More...

Govt awards construction contract of flyover in Gwarko, Lalitpur
4 hours ago
Residents can install EVs charging units for their personal use: NEA
16 hours ago

Kalikot DAO closed for a week after staffers contract COVID-19
48 minutes ago
99 Nepali workers set out for Israel; labor minister, ambassador reach TIA to see them off
1 hour ago