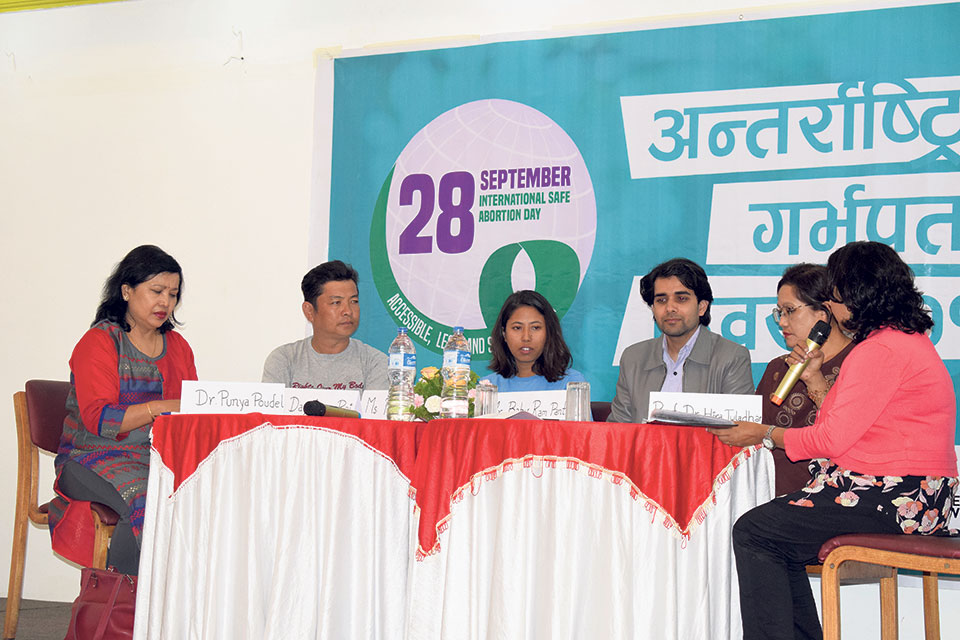 Abortion has been a topic of much debate for years now. While ‘pro-life’ supporters argue that ending an innocent life is always felonious, their adversaries or the ‘pro-choice’ supporters argue that banning abortion means taking away a woman’s reproductive choice and civil rights on her own body. Both of these opinions are constantly featured in different forms of media with different sets of arguments backing them up and the general public’s perception of abortion is heavily influenced by such arguments. And although abortion has been legal in Nepal since 2002 AD, it is still considered a ‘taboo’ in many families and communities.

To challenge this mindset that abortion is wrong, Visible Impact launched a campaign titled ‘Who Decides’ with support from Right Here Right Now Nepal. Visible Impact is a non-profit organization based in Nepal that envisions creating a visible impact through social and economic leadership – focusing especially on empowering females. Right Here Right Now (also known as RHRN Nepal) is a non-government organization that addresses the limited respect, protection and the hindered fulfillment of sexual and reproductive health rights of young people. Who Decides is primarily a social media campaign aiming to bring down all the walls hindering the accessibility to safe abortion services so that all the girls and women in the country can celebrate their reproductive rights freely. It was officially launched on September 11 through the instigation of their Facebook and Instagram pages.

The focal person of the campaign, Laxman Bhattrai, claims that currently, Who Decides is focusing mainly on doing away with stigma on abortion in our society. And since social media has such an important role in their lives, Who Decides is run completely through two of the most prominently used social networking sites by youngsters to educate the youth on the plus sides and importance of abortion. “We believe that if people are enlightened on this topic, it will spread the word about the positives of abortion more effectively than anything else can. What we are doing might seem small at the surface but it is actually a well thought out scheme that will prove to be beneficial in the future,” he says.

Who Decides’ social media accounts are managed by Sabina Pokharel. Bhattrai states that because their followers are very interactive on social networking sites, the organizing team is presuming that this campaign will yield good results. Besides constantly updating their social media accounts with facts and information on abortion, another tactic Who Decides is using to spread the word about their campaign is by collaborating with popular public figures of Nepal. Actor Dayahang Rai endorses the campaign and frequently posts about Who Decides on his personal social networking sites.

Prior infection, vaccines provide best protection from COVID
20 hours ago