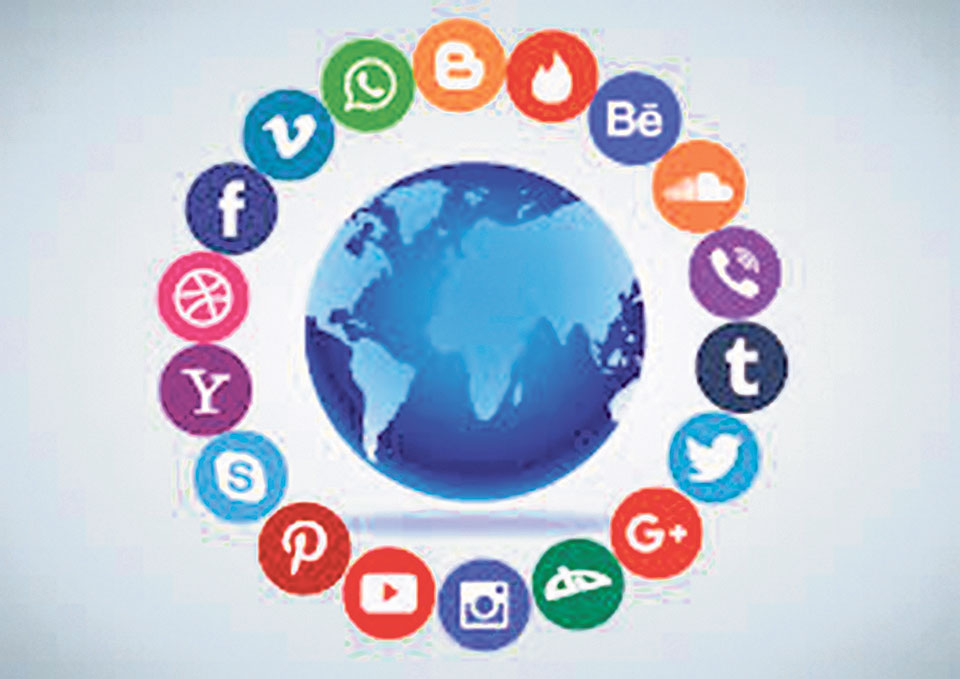 Just like “The New York Times” and “The Washington Post” have digitized their contents, Nepali newspapers should also go digital

Broadly, media can be classified into two types: new and traditional. New media refers to mass communication distributed through digital technologies, and traditional media or the old media particularly refers to print media, television and radio broadcasting and billboards.

With the rise of new media, questions are raised over how long print media will survive. Print media has a long history though. First ever printed newspaper dates back to the early 1500s. Over the next six centuries or so, print media developed as a primary source of news.

But these days print media companies have also branched out and have begun posting news on digital platforms and social media.

In contemporary journalism, editorial content is distributed via internet as opposed to print or broadcast. What constitutes ‘digital journalism’ is debated by scholars. However, the primary product of journalism, which is news and features on current affairs, is presented solely or in combination with text, audio, video and some interactive form and disseminated through digital media platforms.

Some have asserted that a greater degree of creativity can be exercised with digital journalism compared to traditional journalism. The digital aspect may be central to the journalistic message and remains, to some extent, within the creative control of the writer, editor, and/or publisher.

According to the data of Press Council Nepal, more than 1700 online news portals have been registered till 2019. There are 16.19 million internet users and 9.90 millions are the active social media users according to Google.

New media has a greater impact on people today than ever before. It has become a continual source of news, entertainment, and education for users around the world. Thus mainstream media cannot ignore the trends of online media for online and social media sometimes become the trendsetters.

In April, 2015, Nepal was badly affected by devastating earthquake. More than 8000 people lost their lives and 22000 were injured. At that time social media helped victims get resources on time when photos and videos of the affected people were posted on social media.

Online media is predicted to completely outweigh print media in the future. But with this the risks of fake news have also emerged. In You Tube, you come across contents that say things like consuming donkey’s milk before sleep cures cancer.

As a matter of fact, the easy access to internet and thereby easy availability of ‘palmtop’ devices has significantly aided the growth of ‘new media.’

Your only click can trigger a national debate about unexplored issues. Think of these cases: “Viral Baba”, “PHD Baba”, “Lyfe Damage”, “11 Years old Dohori girl and so on. The rape and murder case of Nirmala Panta became a national debate after social media popularized the issue. #JusticeForNirmala sparked a nationwide protest, which in some way forced law enforcement agencies to take measures to track down the perpetrators. It is another thing that the government has not been able to deliver justice in this case.

#MeToo took the whole world by storm. Every girl and woman, who was once deceived and mistreated, found ways to express their story. Many prominent figures came under media scrutiny or even police investigation due to this trend.

Recognizing the power of online media, traditional news media are now rapidly developing their online media presence. They now have their dedicated online edition. No wonder future is digital and data is the new oil.

Challenge to print
Most of broadsheet newspapers have their own online edition and day by day, the publication houses are investing much on online media considering its promptness, global readership and return of the investment.

Many believe print media has bleak future but Editor in Chief of Singapore’s Straits Times, Warren Fernandez denies. “Newspaper still has a bright future,” he says, “I really don’t believe newspaper will fade away.” He argues that “some people will always demand newspaper and print products. We should continue to keep going as long as we can.”  But he admits that newspapers are being chased by digital media, but he also thinks that newsroom has to get digitalized.

According to Fernandez, audience today demands each news story to be served through as many platforms as possible.

Managing Editor of English/Malay/Tamil Media (EMTM) in Singapore, Eugene Leow says new media and traditional media are extremely different. He compares digital and print media with content and audience. Different platforms have different audience, even Facebook and YouTube have different platforms, he says. But he also says that print is perfect concept of story but it has very little scope. He describes the change in media landscape like this: “Circulation of newspaper has been decreasing because of digital media. My generation read newspapers. But my kids don’t want to read the newspapers they want the digital version.”

Alan Soon, Co-Founder & CEO of Splice Media in Singapore claims that newspaper is irrelevant to young people. “Traditional media caters to the mass, advertising-based audience. Digital media favors more niche categories, and allows you to diversify into other areas such as memberships,” he says.

Digital is cheaper than print media for publishers as well. To run digital platform or online/social media one doesn’t need to pay for press and marketing. There are certain groups who want to read everything online these days, basically new generation. Here is where new media helps.

Sometimes social media plays a role of reliable source of breaking news. According to Soon, no reporter is able to be at all places at all times. So, social media has fulfilled the role of eyewitness accounts. Sometimes social media can guide the agendas for print media. Soon admits that print media is becoming irrelevant. “I don’t know anyone in their 20s and 30s who buys newspapers,” he says. In his view, broadsheet newspapers have their own online edition in Nepal.

There are cases of traditional media following the stories circulated in social media. On March 29, 2019, a video on Facebook went viral. In that video a heart patient dies on the way back home from hospital after a taxi driver leaves him by the roadside.  The next day, traditional media covered that news attributing to the video. As soon the video went viral on social media police arrested the taxi driver. Another video clip of a speeding Armed Police Force (APF) vehicle hitting a scooter surfaced on a social media. Soon, Twitter users demanded action against the driver of the VIP vehicle.

The video showed the said vehicle overtaking a bike from the left side before making a sharp right turn, just then hitting the two-wheeler.

When social media breaks some stories and users make it go viral, print media follow those stories. This shows no matter how viral the content goes in social media, readers do not tend to believe in them unless such stories are validated by mainstream media.

Future of print
Digital media has challenged the traditional media. So to compete with digitized world, some experts even suggest that newspapers should come up with new version of pattern and layout. It is the high time for traditional media to cater to the tastes of their readers. They should cover more investigative stories of human interest, fact check feature stories and focus on what people want to see and read. Newspapers should come up with infographics, data and attractive designs.

Print journalist should focus on innovative ideas rather than depending on social media for news and content. Digitization has impacted all industries and the government is also making changes in the use of digital platforms to find new ways to reach out to the citizens. For example, the government has initiated programs like MeroSathi and Hello Sarkar for citizens to report issues. MeroSaathi, Hello Sarkar and traffic police are interacting directly with the citizens. The government should generate more resources and trained people in such institutions so that problems of every citizen can be addressed.

Just like The New York Times and The Washington Post have digitized their contents, Nepali newspapers should also go digital. Only this will help keep Nepali media industry thriving.

The author was a participant in the Asia Journalism Fellowship, program of Tamasek Foundation and the Institute of Policy Studies in Singapore.

ABUJA – In June, Senegalese President Macky Sall’s brother, Aliou Sall, resigned from his post as the head of a... Read More...