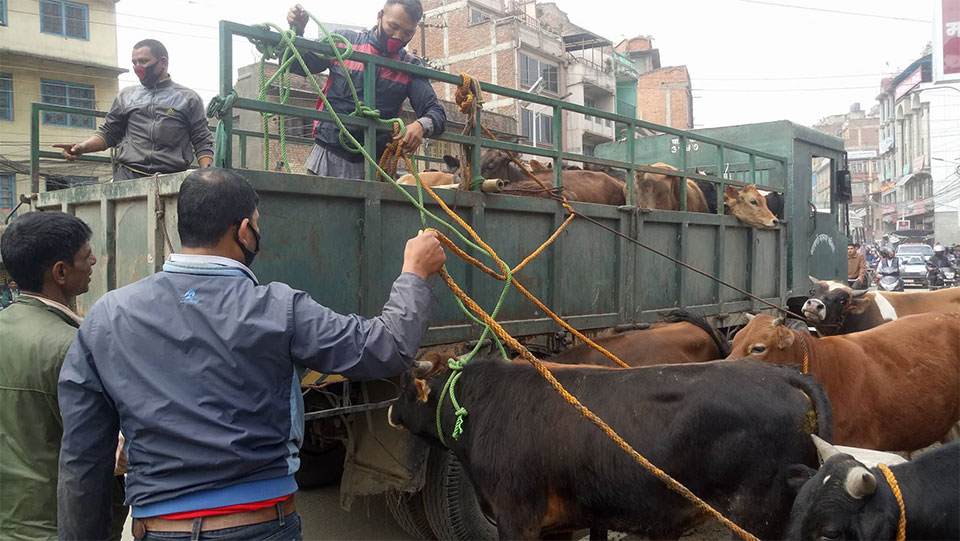 BHIMDUTTANAGAR, Feb 12: The Mahendranagar bench of High Court, Dipayal on Monday issued a mandamus order in the name of four municipalities of Kanchanpur district to pay attention towards the management of stray cattle.

It may be noted that a single bench of Pawan Kumar Sharma, judge at high court Dipayal on 1 October 2018 issued an interim order to pay proper attention to the management of stray cattle and animals. The court order had directed the local governments to remove stray cattle from the highway, public place, market and temple areas.

The order came in a response to a writ petition filed by Chairperson of High Court Bar Association Gajendra Bahadur Rawal at the High Court Dipayal demanding a mandamus order.

Rawal in his writ registered on 30 September 2018 named Mayors of Bhimdutta, Bedkot, Shuklaphanta and Krishnapur Municipalities and concerned ward chairpersons of the municipality touching the East-West Highway as defendants.

The petitioner claimed that the indifference shown by the municipalities towards the management of stray cattle has violated the Local Government Operation Act 2074 BS and also caused an increase in road accidents. RSS

BEJHAD, Jan 1: The Aserdi-Ranibas road constructed at the cost of Rs 3 million has come into operation. With the... Read More...