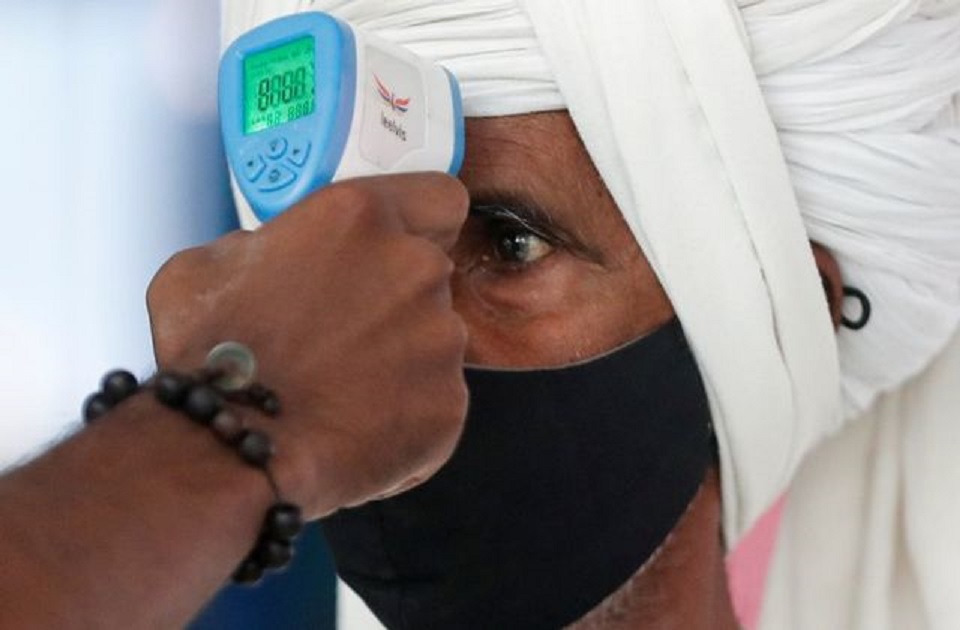 Maharashtra tightened travel restrictions and imposed night curfews as it reported 40,414 new coronavirus cases on Sunday, almost two-thirds of the national total, many of them in the densely-populated financial capital Mumbai.

“In (Sunday’s) meeting of the (COVID-19) task force, it was suggested that very strict restrictions like lockdown should be imposed immediately,” the office of Maharashtra Chief Minister Uddhav Thackeray said in a statement.

A senior official in the state government said the lockdown could take effect “in the coming days” as officials had been asked to prepare to implement it in a phased manner.

India recorded 62,714 new cases in the space of 24 hours on Sunday, the Health Ministry said - the biggest jump since October - as well as 312 deaths.

“We are seeing a higher COVID positive rate in high-rise residential buildings than in slums ... to stop the spread, only essential services will be allowed (at night),” said Mumbai Mayor Kishor Pednekar. Hotels, pubs and shopping malls must observe the curfew.

Residential areas in Mumbai with five or more reported COVID-19 cases have been ordered to be sealed off.

“In some districts, beds are not available and the capacity of the facility is falling short,” he added in a statement.

In Delhi, Mumbai and elsewhere, there were bans or restrictions on the Hindu festival of Holi and the Muslim Shab-e-Barat or Day of Forgiveness, which both fell at the weekend and would usually prompt large gatherings.

But despite the curbs, hundreds of people gathered for a Holi ritual in the city of Ahmedabad in Gujarat on Sunday.

The surge in infections in India coincides with multi-stage state elections in West Bengal and Assam, seen as a test of support for Prime Minister Narendra Modi’s handling of the pandemic and mass protests over sweeping agriculture reforms.

Only around 40 million people, or less than 4% of the population, have received at least one dose of vaccine so far, according to official data.

However, 61 million doses manufactured in India have been sent abroad under grants or commercial arrangements.

After widespread criticism, the government said last week it would focus on domestic vaccinations and there would be no immediate expansion of exports.