BUTWAL, July 16: After the Lumbini provincial government failed to pass the budget from the parliament, the Province Assembly session ended at midnight. The government ended its annual session at around 12:15 PM on Thursday after failing to secure majority votes in the lower house to pass the budget. Sources said that preparations were being made to bring the budget from the ordinance as the session ended at midnight.

After the discussion on the budget in the Province Assembly meeting on Thursday, the agenda was for the minister and the chief minister to respond and present the budget in the Assembly for endorsement. But Chief Minister Shankar Pokharel, who has been claiming to have a majority, had to leave the house on Thursday after failing to secure the required majority to pass the budget.

Addressing the House, the Chief Minister Pokharel repeatedly urged the opposition to pass the budget through consensus. But as soon as the opposition proposed a vote in the assembly, the chief minister, ministers and incumbent lawmakers walked out. Pokharel, who could not get a majority to pass the budget, then recommended proroguing the session and started preparation to unveil the budget through the ordinance.

Currently, the Lumbini Provincial Assembly has 83 members. The opposition alliance has 41 MPs except the Speaker. 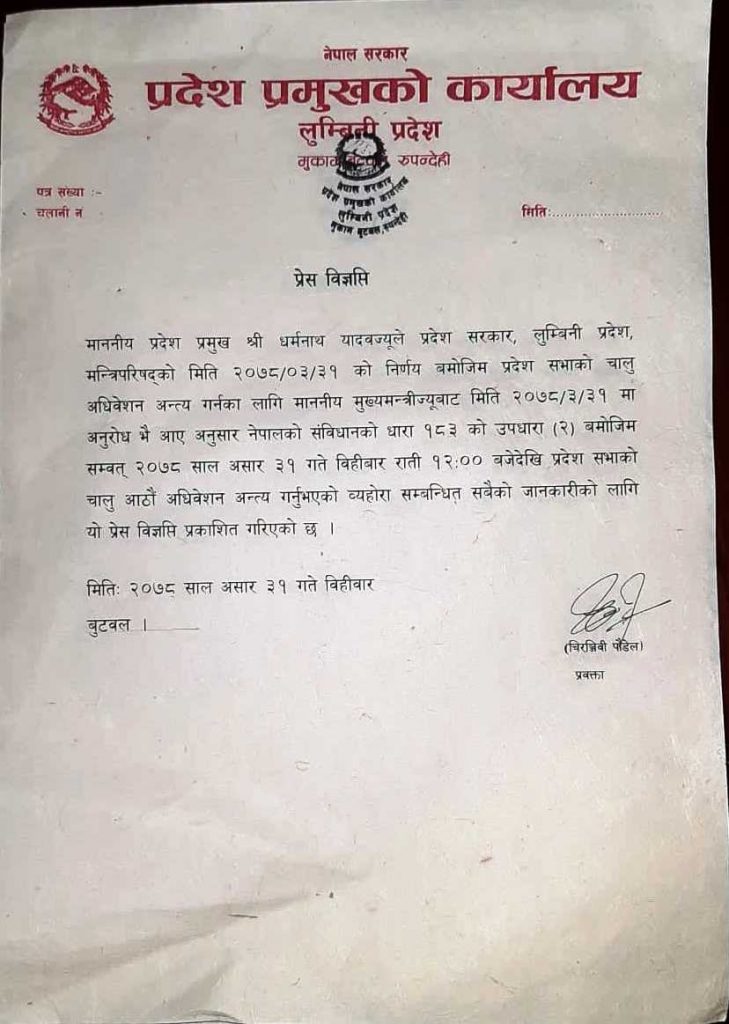 Lumbini Province to constitute its own police force soon

Role of Jyapu community in development of agricultural economy is important: PM Deuba
7 minutes ago

Nepal should be known to the world through Newari culture: Prakashman Singh
37 minutes ago
NC Work performance Committee meeting on Saturday
1 hour ago