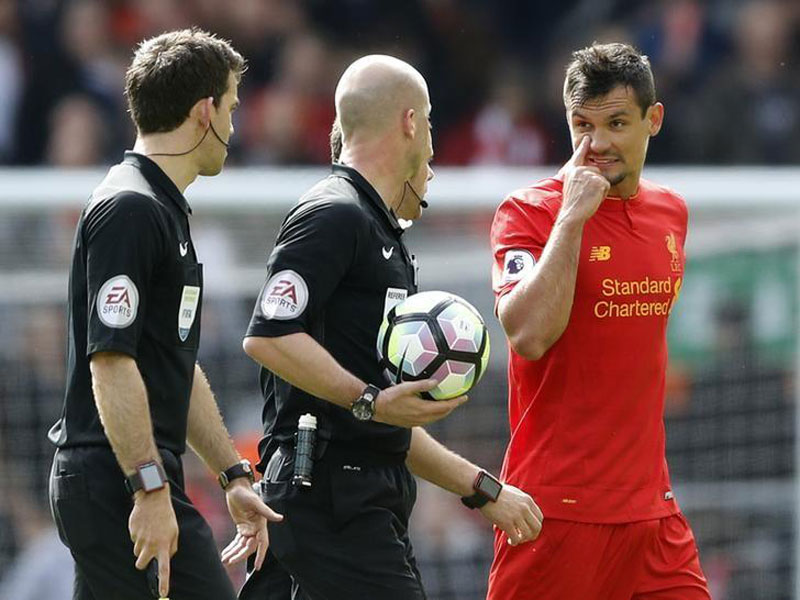 The 27-year-old, who has made 104 appearances since joining from Southampton in July 2014, signed a deal which British media said would run until 2021.

"I think this is one special day for me and my family," said the Croatia defender, whose existing contract was due to run out at the end of then 2018-19 season.

"I think I am the happiest guy (in the world) today, it's another dream come true. It was always my dream to stay as long as possible at one club that I love – and that is Liverpool."

Lovren, who was signed by previous manager Brendan Rodgers, has struggled with injury and inconsistent form, particularly in his first season.

The club are expected to sign a new centre back in the summer and have been linked with a bid for Southampton's Virgil van Dijk and Burnley's Michael Keane.

But the new deal suggests that manager Juergen Klopp wants to keep Lovren as part of his centre-back options with Joel Matip, Ragnar Klavan and Joe Gomez.

"After all that happened in the beginning, in the last two seasons I think I've done better than in the first season," said Lovren.

"The club has rewarded me, they believed in me and also the fans, and this is what I respect a lot after everything that happened.

"I am glad I will be a part of this team and this plan for the future. We are a really talented team with many special players, an amazing manager, the club is fantastic (and) the supporters are always behind us even on the bad days, which is the most important thing. I am definitely excited about the future."

Dahal signs reparation deal with Badarmudhe victims ahead of polls

MCC compact agreement cannot be amended only for Nepal: FM Khadka
10 hours ago

Enrollment begins for Sanofi and GSK Phase 3 efficacy trial of COVID-19 vaccine candidate in Nepal, led by IVI
5 hours ago