If you’re bored of the regular stuff and want to gift items that are sure to raise eyebrows or parade around with punch lines that are bound to elicit a chuckle or two, we have just the list of items for you. Here are three businesses that are creating things you never thought you needed but now that they are out there, you wouldn’t really mind getting your hands on one.

Wrappers Wrap
(@wrappers_wrap)
If you’re tired of the weight and the bulk your phone cover adds to your phone then maybe you should consider mobile skins. Lightweight, scratch proof, waterproof and safe, mobile skins are quite the rage these days and for good reason. Wrappers Wrap is an Instagram based page that not only prints out these skins in their original designs but also customizes different images according to the buyers’ requests. 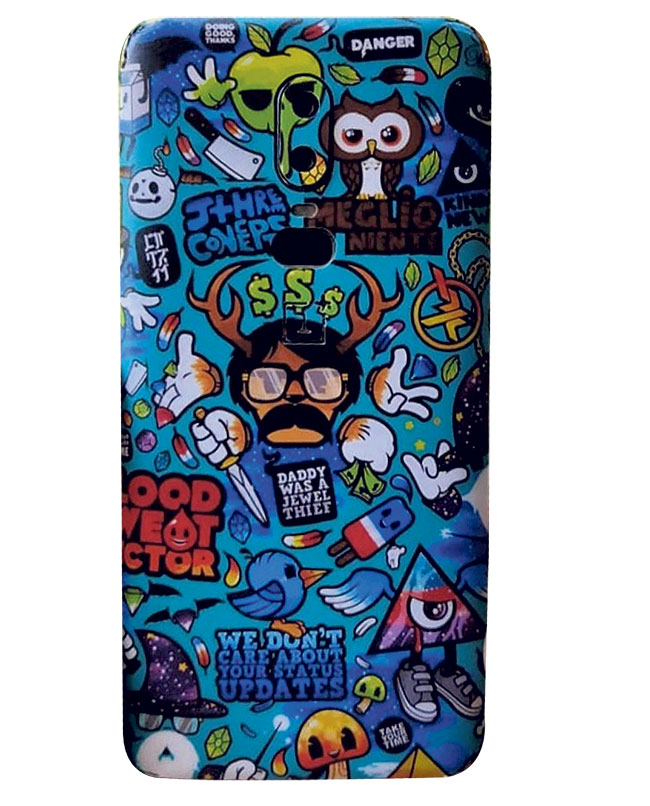 Abu Zaid is the man behind Wrappers Wrap and he admits that he had been searching for something new to do prior to starting Wrappers Wrap. “I wanted to bring something that everyone could use and have fun with. Everyone has mobile phones so I decided I would get into mobile accessories but I didn’t want to do phone covers and sockets,” claims Zaid. His research led him to mobile skins and he loved the idea.

Mobile skins are essentially printable stickers that come pressed and cut differently so as to fit different phone models. They add texture and grip to the phone and can be made in many prints. Zaid has an in-house designer working for him who designs Wrappers Wrap’s original pieces. A lot of his customers however prefer to send in their own designs for their wraps.

When applying the wrap all you have to do is pull out the hard cover from the sticker and apply it onto your phone. Although Wrappers Wrap is based in Bhairawa, they provide free shipping all over Nepal. The uniqueness and easily customizable nature of their product, Zaid explains, is what appeals to their customers. It has only been three months since Wrappers Wrap was launched but it’s steadily gaining popularity among people who are always looking for something new.

Badge Nepal
(@badgenepal)
As a graphic designer, Anil Udaya is always on the lookout for his next big project. Because his work demands that he pull all of his creative strings, he’s always trying new things to work with. Recently he developed an interest in punch lines, slangs and quotes. Then it dawned on him that pictures, especially the kind he works with, can be mixed up with amusing texts to hilarious effects.
So he first started with designing t-shirts. “That was fun but somehow it wasn’t reaching a lot of people. For students, anything over five hundred is big. Since I wanted to cater to them I decided I’d have to find something else,” he shares. So he decided to settle with pin badges and this decision turned out to be a good idea. 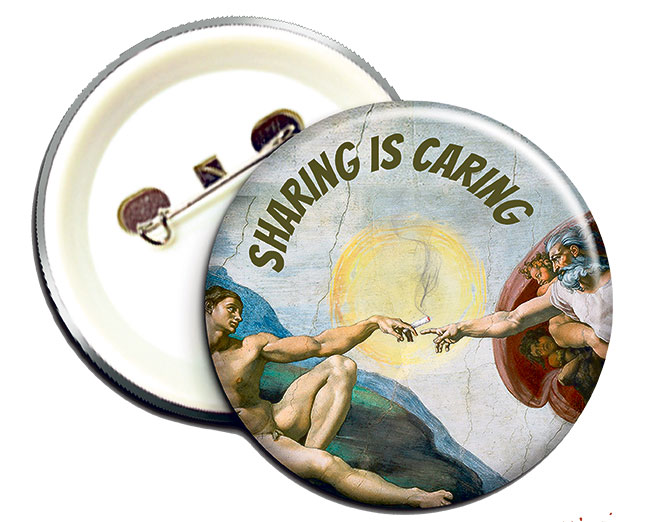 People couldn’t seem to get enough of Adam exchanging cigarettes instead of finger touching his creator in the Michaelangelo’s classic painting “The Creation of Adam” or the proclamations of awesomeness. “I think these are hilarious because they are relatable and phrased in humorous ways,” says Udaya.

Udaya, who runs his own design studio (Tatva Design Studio), derives inspiration from everyday things. Then he sits down once a week and makes five to six new designs. He prints the badge at the studio. It’s a one man show, he claims.

Udaya mostly gets bulk orders from student groups and makes badges for various events. “I think my badges add a small element of laughter among people. It’s great knowing that,” he says. He also adds that he has many regular customers whose requests he often listens to. Sometimes, Udaya says, his customers give him great ideas to work with.

When Sulabh Manandhar and Sujana Manandhar’s mother Sulochana Manandhar started making “chati” key rings they knew they just had to share their mother’s creations with the world. Chati laka or kapa laka is traditional Newari footwear, traditionally made from velvet and worn on certain festivities. Today they are worn by just about anyone and are considered a household item. 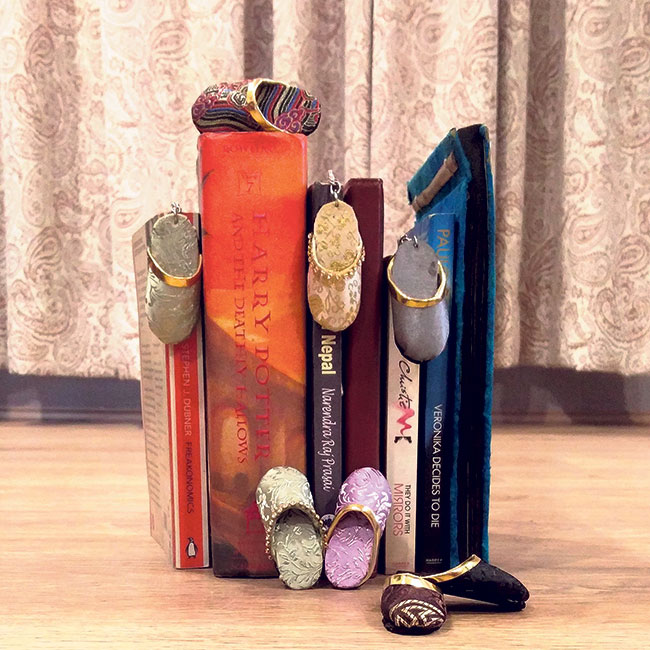 Sulochana attended an organization’s workshop where she learnt to make a number of handcrafted items. Among them were miniature versions of “chati” and everyone around her took an instant liking to the small key rings. Sulabh and Sujana guessed that, like them, there could be other people who shared their sentiments. So they launched The Crafty Mummy in January this year.

“The key rings aren’t just mere imitations of ‘chati’. They use the same materials as the original big pieces. If our key rings were to be made in larger sizes they could be used like slippers,” says Sulabh. This particular detail is important for them and their customers. The chatis are made with fabrics and don’t incorporate single use plastics or factory produced adhesives in their production.

The same goes for Crafty Mummy’s chati key rings as well. They are hand stitched and use natural fabrics. “Seeing as how people are becoming environmentally conscious, I think it’s important to be mindful about our responsibility towards the environment, especially as a producer,” says Sulabh.

On any ordinary day their mother makes around twenty pieces and both Sulabh and Sujana help her out. “When we work together it isn’t just fun but we also end up making many key rings,” says Sulabh. In addition to being environment friendly, the chati key rings also promote Newari culture and Sulabh notes that many of their customers buy their key rings as Nepali tokens for their foreign friends.

Very soon Crafty Mummy plans to launch a whole batch of designs for their key rings. Chatis however, they confirm, will remain their mascot.

Rainfall likely to continue for three more days
11 hours ago