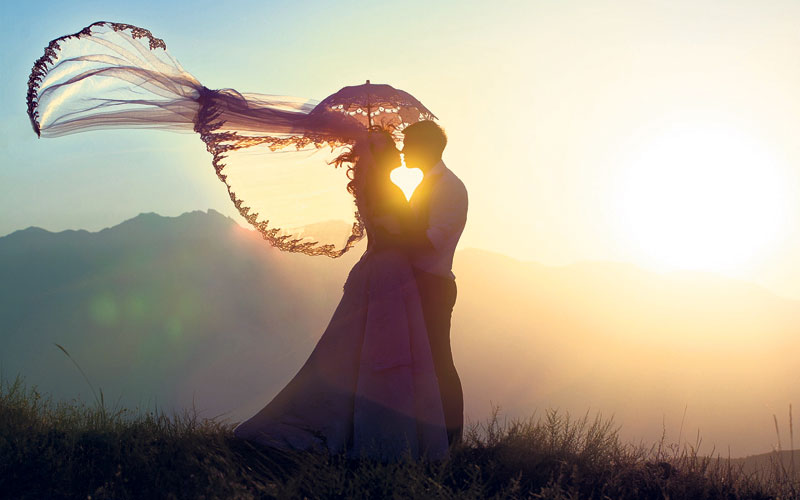 Every love story is interesting; the way it starts, the first meetings, the nervousness, wanting to know more about the other person, the chase, the proposal and those forever notes.

Each one has its own mushiness and charm to it. Some fall in love at the first sight and some do not know when they get attracted to that someone special whom they have known for years. Being in love is an amazing feeling and it makes us do crazy, stupid things which we had never thought of. Love stories, new or old, are great to hear, like listening to the classic love tracks and watching the best romantic movies.

The cupid strikes each one of us, it could be early in school, or during our college days, or could be both times and more. The heart is not in our control but our actions are. The phase of being in love ends before it begins properly for some when thoughts don’t match and relationship doesn’t work.

There is something that does not seem correct and we are in different path, the one person who meant the world to us becomes a stranger in no time. Nevertheless, all love stories have a common plot and it is the same scenario each time. However much we try and accept that the new relationship will be different than the others, it all comes to a same ending. There we go with every story.

It starts with the boy falling for the girl or vice-versa, and he makes his best attempt to let her know how he feels. The gestures, efforts, innocence, expressions are heart- taking, and he goes an extra mile to make her believe that he is different from the other men. He tries the traditional move which might not work. He wants her to fall in love with him real bad as he expresses his emotions.

When she does not agree to his romantic drama since she has seen types of it, he pursues her and she eventually falls for the princess treatment. Saying the sweetest things and being the most charming person is when her heart melts and she feels there is something amazing about him and gives the relation a try. She has never felt that way and loves being pampered.

With time, she madly falls in love and she loves the relationship, each part of it. For her, every day is growing love but for him it fades with time. The truth is that he still loves her and does not feel the necessity to explain and express himself after years of being together. He wants her to be there for him and expects her to understand him in and out without saying a word.

The word expectation ruins it all; when she wants him to be the same and thinks that he has changed and has taken her for granted as she is always going to be there no matter what. She gets out of her comfort zone and steps in love and when she is deeply falling in love, the boy wants to step out of that zone. Then there are complaints, arguments, discussions, fights which eventually ends most of the bond.

There is no one to blame and at fault here, constant expression and communication would be the best, apart from the time of chase and lesser expectations from both sides. That’s the irony of LOVE.

Shikha is a Chartered Accountant and Client Servicing Executive at JWT Thompson Nepal.

KATHMANDU, May 31: The story based on the love story of Late King Dipendra will be featured in new Nepali... Read More...