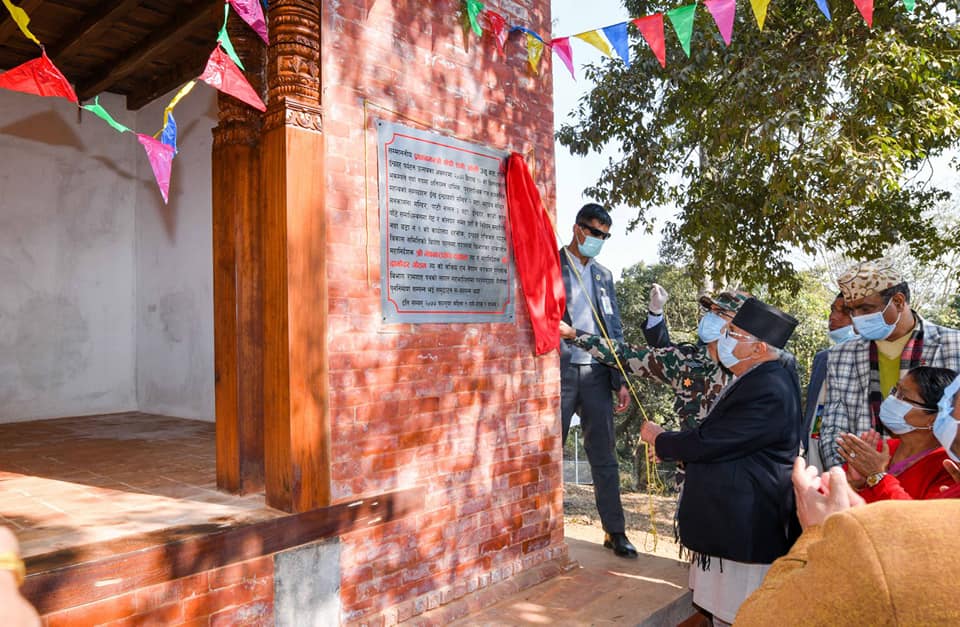 KANCHANPUR, Feb 22: Prime Minister KP Sharma Oli has said that informal talks were being held with India on the basis of facts and evidence to return the lost territory of Sudur Paschim. Laying the foundation stone for the Daiji Chela Industrial Zone in Bedkot municipality-2 today, he said the Nepali territory will be returned at any cost.

He also shared that dialogue was being held with India to get 10 cusecs of water that Nepal is entitled to in the Dodhara Chandani region as per the Mahakali treaty. "A detailed survey will be completed and construction of the canal will begin in six months," he added.

The third phase of canal construction under the Mahakali irrigation project has already been initiated, and irrigation will be provided in the region to boost production. "The east-west highway is being upgraded and expanded while railway service will be available from Mechi to Mahakali within a few years," Oli said.

He also informed that the government will review the tariff charged for the people living in unorganized settlements to receive land ownership certificates. Referring to the industrial zone, the Prime Minister said it will provide employment opportunities along with skills development and training for skilled human resource. It will accelerate development in the Sudur Paschim region.