Have you ever wondered what Kathmandu looked like many years back? Was it just as chock-a-block with concrete houses and plagued with traffic back then as well? A photo exhibition at The Taragaon Museum might answer some of your questions. 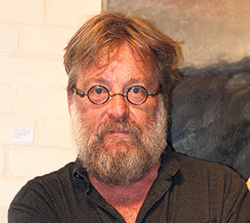 The exhibition titled “Nepal Then” features photographs taken by Dutch artist Ed Van Der Kooy back in 1978 A.D. The color photographs feature popular temples, streets, monuments as well as people of Kathmandu. However, his love for Nepal is not just limited to Kathmandu of 1978. Van Der Kooy made many trips to places like Langtang, Lo-Manthang, Kanchenjunga, and Helambu and experienced different cultures. He also made the famous portrait painting of Late Princess Shruti.

The photographs at the exhibition allow us to see a “slice of life” of the capital city in the 70s and 80s. Along with the photographs, two paintings that were inspired by Van Der Kooy’s trek to Muktinath are also exhibited. Similarly, a documentary on his experiences in Nepal is being shown at the exhibition and it’s also available on YouTube.

Van Der Kooy is someone who is quite familiar with Nepal and through the show he wants people to notice the changes that have taken place in the past 40 years. Post the exhibition he will also be donating his pictures to the museum so that Nepalis, who are deprived of proper documentation and photographs that tell us about our history, have something to look at even later on.

Can you tell us about your experiences in Kathmandu back in 1978?
I landed in Kathmandu during the summer of 1978. I was a student at the Royal Academy of Visual Arts in The Hague in Holland. I had only heard about Nepal and I came here without any prior knowledge. I stayed at a hotel in Freak Street for Rs 10 per day and rented cycles to explore the valley during the day. After a month or so in Kathmandu, a lodge owner in Dhulikhel told me about a possible trek from Pokhara to Muktinath. But, at that time, I didn’t know it was called Muktinath. As the route was not even remotely commercialized as it is now, I slept in the homes of the locals and they helped me map out my way for my trek to Muktinath.

What about Nepal captivated you back then?
Back then, I have to say, Kathmandu was smashingly beautiful. It was a green paradise. There were no cars, no noise and, at the same time, it was filled with so much culture and this grandeur of sorts. You didn’t even have to make an effort to click pictures, every shot you took came out looking like the most beautiful one ever. From the temples to the local markets, Kathmandu was truly one of a kind. When I trekked from Pokhara to Muktinath, thanks to the mountains as well as the wonderful people there, my love for this country increased ten folds. What I saw when I traveled around Annapurna to Muktinath was so mesmerizing that, along with the photographs, I decide to make paintings out of it, two of which I have exhibited in this show.

You are in Nepal after 16 years, what brings you back?
All the photos that I had taken of Nepal were with me back in the Netherlands. I realized that when I’m not around my children who are not as attached as I am to Nepal would have no use or value for the photographs. So I decided I would come back to Nepal and donate the photographs to The Taragaon Museum. And now that I’m back, I’ll be making a trip to Mustang just like I had 41 years ago.

How do you feel about Kathmandu of the present as compared to that of the past?
After my first visit in 1978, I returned to Nepal about 20 times in the interval of just a few years. I have to say it was disappointing to see Kathmandu lose its precious scenery to give way for it to become a metropolitan city. The Kathmandu that remains fresh in my memory is quite different from what it is now. For example, the ring road was surrounded by lush green fields and one could actually take a nap in the middle of the road. Now you really can’t tell one road from the next and it actually all looks the same.

What made you decide to exhibit your photographs and art?
I made my first trip to Nepal when I was in my early 20s. And now I’m in my 60s. Before the exhibition, my experiences in and of Nepal were only limited to my memory. But now I want them to be preserved and viewed by others as well. My documentary about my travels in Nepal was very well received by Nepali people and so when The Taragaon Museum approached me for an exhibition, I thought it was a good idea to showcase my photographs and artwork
back in the place where I first took them.

Along with the photographs, the exhibition also features two of your paintings. Why did you decide to include them too?
The paintings are unlike what I usually do. I rarely paint on the themes of culture and so these pieces were a total deviation from my style. Basically, these paintings are there to highlight my experiences of the time I traveled to Mustang. I have fond memories of the time I was there. The locals were very hospitable. It’s that essence I have tried to capture in the paintings. Many people have told me that the paintings are some of my best works and I thought I should include them to tell the whole story of my travels in Nepal. 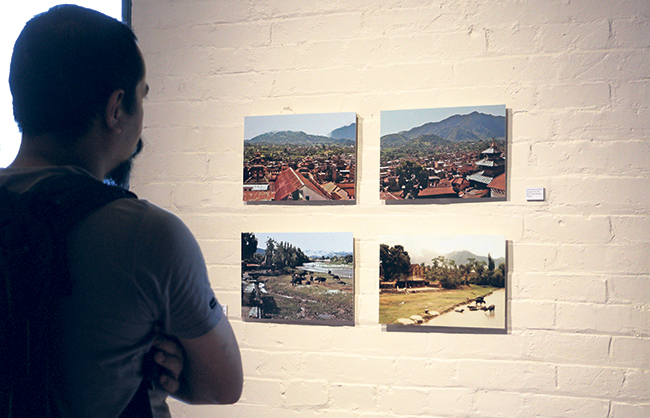 Govt in a rush to inaugurate Dharahara
16 hours ago

NC objects to prorogation of House session
21 hours ago