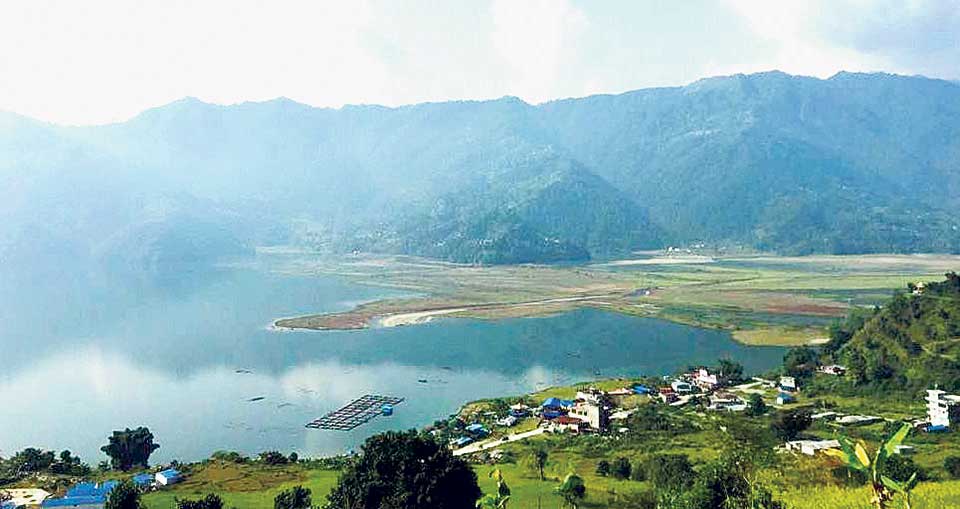 POKHARA, Nov 15: After extensive efforts by various organizations to conserve water sources of Phewa Lake turned futile, locals of Pokhara metropolis have joined hands in the same endeavor to preserve the lake that has become their identity.

Stakeholders are of the opinion that local initiative would be more effective in achieving the objective of conserving the lake's water sources.

Almost a year ago, 'Phewa Watershed Ecosystem Management Board' was formed under the leadership of Pokhara Metropolis chief Man Bahadur GC in order to uplift the living standards of people living around the watershed area.

According to him, the board has various plans such as constructing check dams in seasonal rivers, terrace farming and plantation of various suitable trees.

Mayor GC informed that they have allocated Rs 200 million for construction of check dams in the watershed area and other conservation programs. He said they are planning to complete the project within one-and-a-half years.

Quake-displaced locals in a lurch

POKHARA and GORKHA, July 9: The failure by the authorities to relocate the landslide-displaced locals of Keraunja VDC in Gorkha... Read More...

NOC is still at a Rs 50 billion loss.  Who is then making the profit from higher prices of petroleum products?
43 minutes ago