Locals being trained to rebuild seven-story palace of Nuwakot 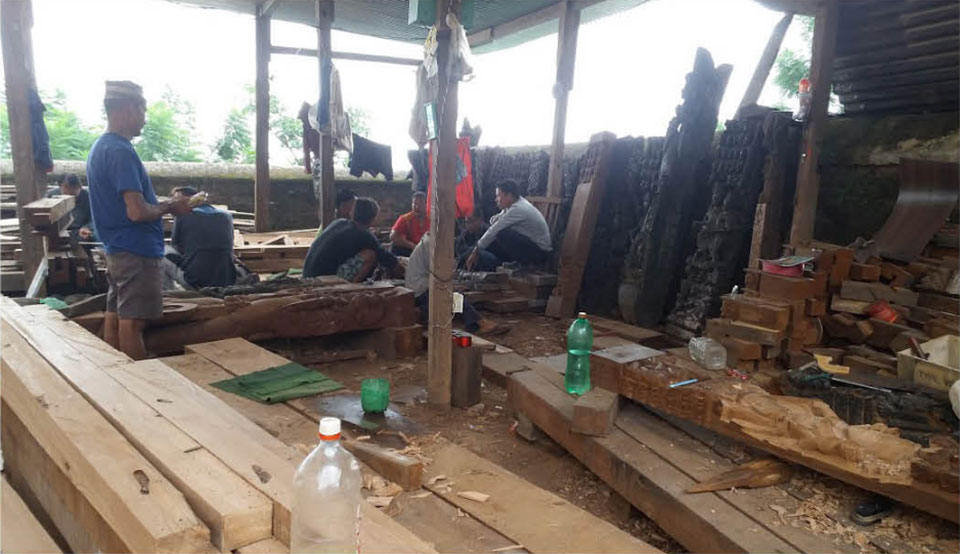 Participants of the training being provided to locals for the reconstruction of the seven-story palace of Nuwakot. | Photo: Kiranman Bajracharya / Republica

Shahi is elated as the training will enhance his skills and will give him an opportunity to contribute to the reconstruction of the popular ancient site. "The catastrophic earthquake of 2015 destroyed the palace," said Shahi, adding, "In these three years, the condition of the palace has deteriorated further. But finally, we will be able to see it standing tall and high."

According to him, locals living around the palace were delighted after hearing that the archaeology department will provide training to the interested people. "Being a resident of this place, I must contribute to the conservation and promotion of the heritage sites here," said Shahi. The Chinese government is investing in the reconstruction of this palace.

The training, which started from September 23, will conclude on October 1. Another youth Kishor Sapkota is taking training for putting up walls. He says it is better to take this training instead of staying unemployed. "This training will not just help in the proper construction of the palace but will also benefit us in the future," said Sapkota, adding, "We won't have to spend days on empty stomachs from now onward and can also share stories to our children about how we shed our sweat for the reconstruction of this palace."

Arjun Prasad Phuyal, chief of Monument Conservation and Palace Maintenance Office, Nuwakot, informed Republica that the monsoon rain has weakened the roof of the palace especially in the southern part. "This palace is being rebuilt as per the agreement between the Nepali and Chinese governments but we are still not sure about the date when the reconstruction will begin," said Phuyal.

Meanwhile, locals have expressed fear that the delay in the reconstruction may result in further damage to the important and meaningful things of the palace.

In the first week of June, a team of high-level officials led by Chinese ambassador to Nepal Yu Hong and Renaud Meyer, Country Director of United Nations Development Program (UNDP), visited the site for observation. Reportedly, the Chinese government had stated to start the reconstruction from August but the process has been delayed due to various reasons. Currently, around 49 individuals are receiving different kinds of training for the reconstruction of the palace. The authorities are planning to deploy at least 30 of them for the reconstruction. 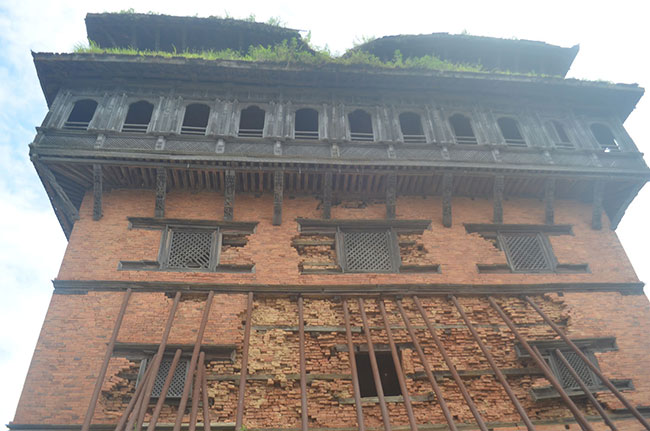 DHADING, March 14: Nearly two years after the massive earthquake, reconstruction works in Dhading has not yet taken momentum. ... Read More...

IN PHOTOS: People exchanging old banknotes with new ones at NRB
11 hours ago