Lo Manthang to be electrified 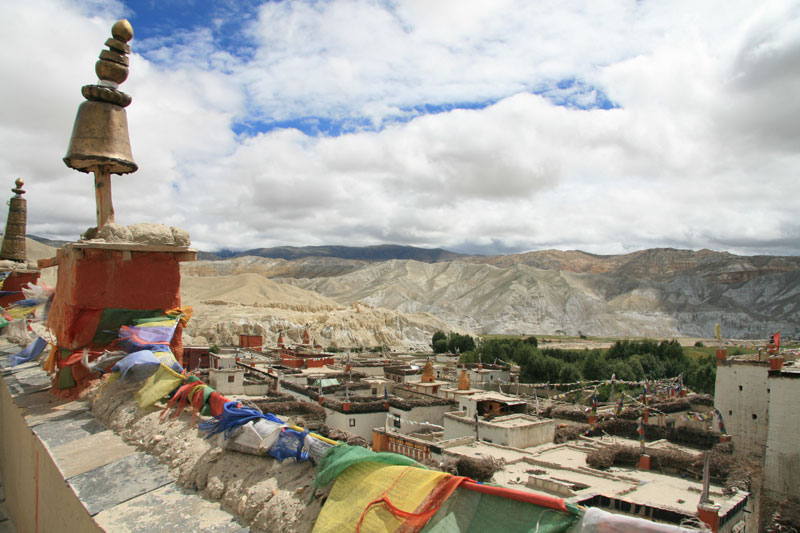 LO MANTHANG (MUSTANG), Oct 14: Despite the increasing flow of tourists every year and growing population, Lo Manthang, a rural municipality in Mustang district, is getting electricity for only an hour a day.

Aiming at solving power crisis, Gandaki Province is planning for the electrification of the region. Currently, only 29-kilowatt electricity is being produced in the region, which is not enough to fulfill the power demand of Lo Manthang. The hydroelectricity project, which was constructed a decade ago with joint investment of Annapurna Conservation Area Project (ACAP), American Himalayan Foundation and locals, is unable to meet the power demand in the region.

Currently, the region has a total of 140 households, with a population of around 800 people. Still, many places of Lo Manthang are yet to be supplied electricity.

According to Indra Dhara Bista, a member of Gandaki Province, seven wards in Mukti Kshetra of Muktinath are yet to be supplied electricity. “There is a need of electrification in the region. The province has initiated 'One house, one solar' campaign to solve the power crisis problem of the region,” he said.

Each ward of Lo Manthang Rural Municipality is getting a grant amount of Rs 11.60 million for solar energy. “Mustang is a heritage center. So there is a need to electrify the region. Gandaki Province has allocated Rs 400 million for electrification in 11 districts. Of the total budget, Mustang will get a total of Rs 35 million," he said.

According to Bista, the 400 million project to electrify 11 districts is also mentioned in the red book. “Tenders have already been called for the project. The government is also in the process to procure materials for the project,” Bista added.

The Nepal Electricity Authority (NEA) has also allocated Rs 11.30 million for electrification in Lo Manthang region. The budget allocated by the NEA will be utilized in installing poles in the areas which are not supplied electricity.

“Also, there are plans to put power lines underground. The electricity cables will be underground in two kilometers of the surrounding area in Lo Manthang,” Bista said.

POKHARA, June 22: An elderly man has tested positive for Covid-19 in Mustang. According to the Gandaki Province Health Directorate,... Read More...

“Why have I been abducted?” asks Dr KC (With video)
13 hours ago
Nepal’s domestic airlines to resume flights from tomorrow
3 hours ago