Liverpool pair Henderson, Gomez out of England's trip to Kosovo 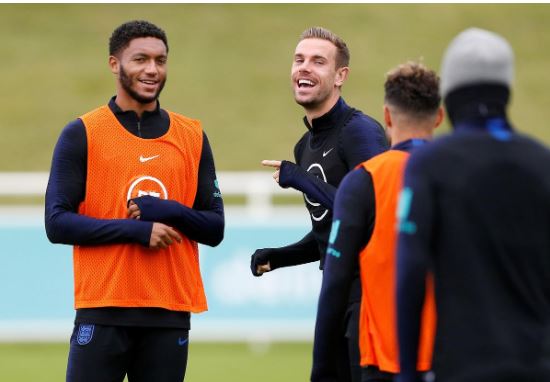 Henderson, who is yet to completely recover from a viral infection, had missed Thursday’s 7-0 victory over Montenegro at Wembley as Gareth Southgate’s side booked their place in the finals of the competition as Group A winners.

His Liverpool team mate Gomez was booed by some fans when he entered as a substitute in that match, following a bust-up with Raheem Sterling on Monday, and misses the trip to Kosovo after sustaining a knee injury in training on Friday.

"Henderson arrived in camp with a viral infection that has not fully cleared... Gomez sustained a knock in training and has not recovered sufficiently enough to travel," the FA said in a statement here

“The pair now return to their club meaning the Three Lions will head to Pristina on Saturday with a 23-man squad.”

England have 18 points from seven games, while Kosovo are third in the group below Czech Republic with 11 points.

LONDON, Jan 15: Jordan Henderson and Lucy Bronze have been named England’s players of the year for 2019, the Football... Read More...

VALENCIA, March 24: Spain captain Sergio Ramos scored another “Panenka” penalty to give his side a 2-1 home win over Norway... Read More...