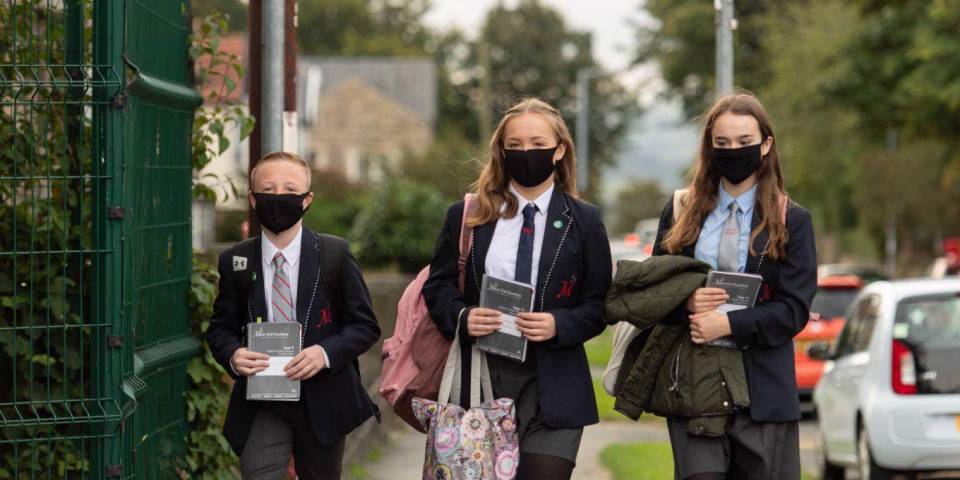 Whereas many of our European neighbors—notably Italy—are now performing far better in the fight against the virus, Britain more closely resembles the pandemic-stricken United States.

LONDON – In late September, English schoolchildren were sent home with a letter from Public Health England, the official body in charge of dealing with the pandemic. It warned parents not to have their kids tested for COVID-19 unless they had one of three symptoms: a fever, a continuous dry cough, or a loss of smell or taste.

It was a puzzling message, given mounting evidence that the most common COVID-19 symptoms in children are in fact fatigue and headaches—and the government’s own admission that up to 80% of cases in adults (and possibly even more in children) are likely to be asymptomatic. As recently as July, the United Kingdom’s health secretary, Matt Hancock, was urging citizens to get tested “if you have any doubt.”

But the letter spelled out the reason for the change in tack: “Every time a test is used inappropriately, a person with COVID-19 symptoms may miss out on getting tested.”

It was a frank admission of what Prime Minister Boris Johnson and his cabinet have long sought to deny or obfuscate: the UK (and particularly England) still lacks the testing capacity needed to control the virus. With infection rates surging and lockdowns being reimposed across the country—including at recently reopened universities—this failure threatens to become even more costly.

The letter underscores the stark failures of governance and accountability that have resulted in the UK having Europe’s highest COVID-19 death rate. Whereas many of our European neighbors—notably Italy—are now performing far better in the fight against the virus, Britain more closely resembles the pandemic-stricken United States. Not only did both Johnson and US President Donald Trump contract the virus after recklessly disregarding official guidelines, but the Trump administration—facing its own testing-capacity crisis—also recently discouraged the public from seeking tests, against scientific advice.

Wales, Scotland, and Northern Ireland have taken different approaches from Johnson’s government, often imposing tighter lockdown restrictions. Until recently, they also had lower infection rates, although the contagion is now surging as winter approaches. But the UK’s spiraling infection and death rates can best be understood as part of a tragic, and distinctly English, set of failures and delusions.

For starters, England’s National Health Service (NHS) Test and Trace service is not actually being delivered by the widely cherished (public) NHS, which successive Conservative-led governments have chronically underfunded for a decade. Instead, a confusing thicket of private firms, including multinational consulting and accountancy giants like Deloitte, or businesses run by Conservative Party allies have been contracted to administer the scheme. Despite involving vast sums of taxpayer money, many of these contracts have been awarded without competitive tenders. Often, their terms remain secret—breaching valid laws and guidelines—and appear to include no penalties for failure. Some firms can even unilaterally rewrite their own service agreements.

Such contracts are part of a decades-long trend of privatizing key parts of the NHS without public consultation, due process, or accountability. Back in May, openDemocracy (the media outlet where we work) had to threaten to sue the UK government in order to obtain information about controversial NHS COVID data deals involving big tech firms like Amazon, Google, and Palantir. When the 160 pages of contracts were finally released, they pointed to a much longer-term project of quietly “bedding in” private firms.

Meanwhile, ten years of austerity have left public services struggling to cope. Since Public Health England’s founding in 2012, its budget has been cut by 40% in real terms. Unsurprisingly, COVID-19 has hit the most deprived parts of the country hardest, and has disproportionately affected black and minority ethnic communities across the UK.

The UK’s pandemic failings—and England’s in particular—are also distinctly political. It was England that voted heavily for Brexit (Scotland, by contrast, voted to remain in the European Union by a 62-38% margin). And it was the English electorate that gave Johnson his “stonking mandate” in the December 2019 general election. At war with the EU over the terms of its exit, the government did not place a high priority on coordination with the bloc on COVID procurement or other matters. Johnson has regularly talked up the UK’s “world-beating” pandemic response, but all evidence points to the contrary. British exceptionalism, widely championed by Brexiteers, is proving fatal.

Worse, those who question the government’s upbeat narrative have been derided as unpatriotic, or attacked for having a political agenda. James Cusick, openDemocracy’s Westminster correspondent, was banned from asking questions at Downing Street COVID-19 press briefings after his reporting emphasized concerns among doctors about the safety of critically ill children, revealed hospital logs supporting those fears, and highlighted the costly negligence battles the government is preparing to fight over the pandemic-related deaths of NHS workers. Reporters Without Borders condemned this and other similar incidents as “Trumpian” attacks on press freedom.

True, during the first months of 2020, governments and health authorities around the world were scrambling to respond to an unprecedented situation. But six months later, the government is actively trying to dissuade parents from getting their children tested for a virus that has already killed nearly 50,000 people in the UK. Moreover, there are worrying signs that England still has insufficient stocks of flu vaccine, despite a huge public-messaging campaign urging Britons to get vaccinated.

In April, a massive tent was temporarily erected in a park near an east London school, just out of sight of the children. It was a makeshift morgue. Johnson and his ministers have continually sought to shift the blame for the COVID-19 crisis, not least onto young people. But if such tents reappear, they will have no one to blame but themselves.

Mary Fitzgerald is Editor in Chief of openDemocracy. Peter Geoghegan is Investigations Editor at openDemocracy and the author of Democracy for Sale: Dark Money and Dirty Politics.

Coronavirus brings the UK economy to its knees in April - PMI

LONDON, April 23: Coronavirus hit Britain’s economy in April with more force than even the most pessimistic forecasters had feared... Read More...