Listening to music may help you exercise longer and more regularly 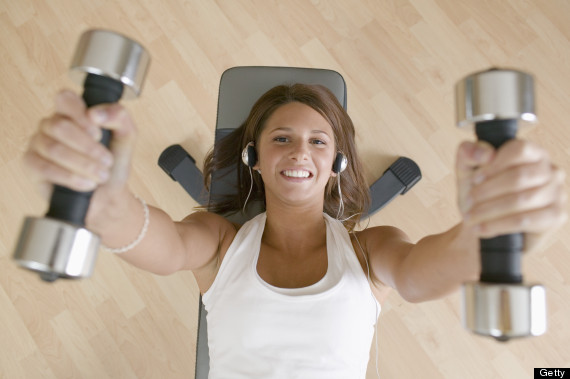 Listening to music while exercising can help you work out for a longer time than those who do not have music playing in their ears, a team of researchers has suggested.

Music can have a powerful impact on our mood, signalling the brain to release feel-good and energy-boosting chemicals. Being inactive or not exercising ranks alongside high blood pressure, high cholesterol, smoking and obesity as one of the five major risk factors for cardiovascular disease.

“At least on a small scale, this study provides some evidence that music may help serve as an extra tool to help motivate someone to exercise more, which is critical to heart health,” said lead author Waseem Shami, cardiology fellow at Texas Tech University Health Sciences in the US.

For the study, to be presented at the American College of Cardiology’s 67th Annual Scientific Session in Orlando, the team randomly selected 127 heart patients in two groups for a routine electrocardiogram (ECG) treadmill stress test and assigned to either listen to up-tempo music or have no music playing during their stress tests.

The results showed that the exercise time was significantly longer in the music group compared with the control group, 505.8 versus 455.2 seconds, respectively – an absolute difference of about 50.6 seconds.

“Our findings reinforce the idea that upbeat music has a synergistic effect in terms of making you want to exercise longer and stick with a daily exercise routine,” Shami said. “When doctors are recommending exercise, they might suggest listening to music too,” he noted.

What you think, you become