MP Nabaraj Rawat is on leave for a long time. He is on leave from July 19 to September7. He is now in the US.

Here is the list of MPs who have been absent for 10 or more days: 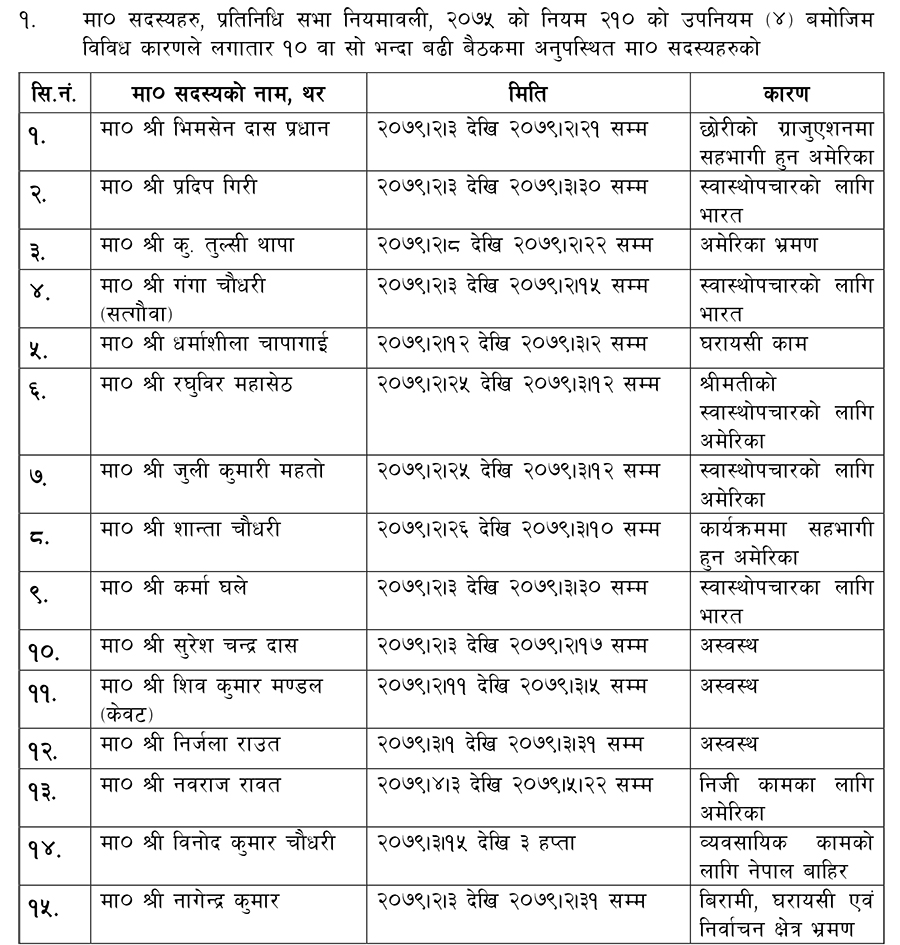 KATHMANDU, March 7: Amid various speculations and curiosity about the seating arrangements of the two rival factions of the Nepal... Read More...

KATHMANDU, Mar 13: A total of 18 members of the federal and provincial parliaments were absent from today's election of... Read More...