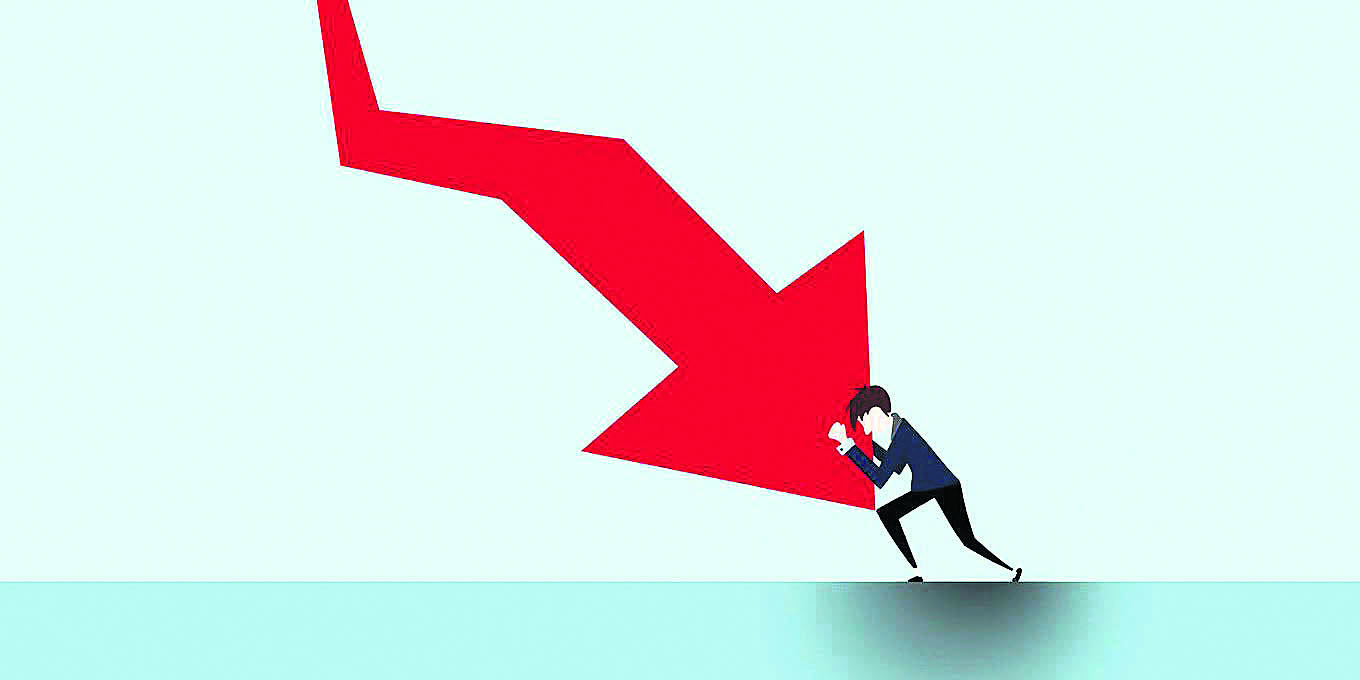 NEW YORK – A cloud of gloom hovered over the International Monetary Fund’s annual meeting this month. With the global economy experiencing a synchronized slowdown, any number of tail risks could bring on an outright recession. Among other things, investors and economic policymakers must worry about a renewed escalation in the Sino-American trade and technology war. A military conflict between the United States and Iran would be felt globally. The same could be true of “hard” Brexit by the United Kingdom or a collision between the IMF and Argentina’s incoming Peronist government.

Still, some of these risks could become less likely over time. The US and China have reached a tentative agreement on a “phase one” partial trade deal, and the US has suspended tariffs that were due to come into effect on October 15. If the negotiations continue, damaging tariffs on Chinese consumer goods scheduled for December 15 could also be postponed or suspended. The US has also so far refrained from responding directly to Iran’s alleged downing of a US drone and attack on Saudi oil facilities in recent months. US President Donald Trump doubtless is aware that a spike in oil prices stemming from a military conflict would seriously damage his re-election prospects next November.

The United Kingdom and the European Union have reached a tentative agreement for a “soft” Brexit, and the UK Parliament has taken steps at least to prevent a no-deal departure from the EU. But the saga will continue, most likely with another extension of the Brexit deadline and a general election at some point. Finally, in Argentina, assuming that the new government and the IMF already recognize that they need each other, the threat of mutual assured destruction could lead to a compromise.

Meanwhile, financial markets have been reacting positively to the reduction of global tail risks and a further easing of monetary policy by major central banks, including the US Federal Reserve, the European Central Bank, and the People’s Bank of China. Yet it is still only a matter of time before some shock triggers a new recession, possibly followed by a financial crisis, owing to the large build-up of public and private debt globally.

What will policymakers do when that happens? One increasingly popular view is that they will find themselves low on ammunition. Budget deficits and public debts are already high around the world, and monetary policy is reaching its limits. Japan, the eurozone, and a few other smaller advanced economies already have negative policy rates, and are still conducting quantitative and credit easing. Even the Fed is cutting rates and implementing a backdoor QE program, through its backstopping of repo (short-term borrowing) markets.

But it is naive to think that policymakers would simply allow a wave of “creative destruction” that liquidates every zombie firm, bank, and sovereign entity. They will be under intense political pressure to prevent a full-scale depression and the onset of deflation. If anything, then, another downturn will invite even more “crazy” and unconventional policies than what we’ve seen thus far.

In fact, views from across the ideological spectrum are converging on the notion that a semi-permanent monetization of larger fiscal deficits will be unavoidable—and even desirable—in the next downturn. Left-wing proponents of so-called Modern Monetary Theory argue that larger permanent fiscal deficits are sustainable when monetized during periods of economic slack, because there is no risk of runaway inflation.

Following this logic, in the UK, the Labour Party has proposed a “People’s QE,” whereby the central bank would print money to finance direct fiscal transfers to households—rather than to bankers and investors. Others, including mainstream economists such as Adair Turner, the former chairman of the UK Financial Services Authority, have called for “helicopter drops”: direct cash transfers to consumers through central-bank-financed fiscal deficits. Still others, such as former Fed Vice Chair Stanley Fischer and his colleagues at BlackRock, have proposed a “standing emergency fiscal facility,” which would allow the central bank to finance large fiscal deficits in the event of a deep recession.

Despite differences in terminology, all of these proposals are variants of the same idea: large fiscal deficits monetized by central banks should be used to stimulate aggregate demand in the event of the next slump. To understand what this future might look like, we need only look to Japan, where the central bank is effectively financing the country’s large fiscal deficits and monetizing its high debt-to-GDP ratio by maintaining a negative policy rate, conducing large-scale QE, and pursuing a ten-year government bond yield target of 0 percent.

Will such policies actually be effective in stopping and reversing the next slump? In the case of the 2008 financial crisis, which was triggered by a negative aggregate demand shock and a credit crunch on illiquid but solvent agents, massive monetary and fiscal stimulus and private-sector bailouts made sense. But what if the next recession is triggered by a permanent negative supply shock that produces stagflation (slower growth and rising inflation)? That, after all, is the risk posed by a decoupling of US-China trade, Brexit, or persistent upward pressure on oil prices.

Fiscal and monetary loosening is not an appropriate response to a permanent supply shock. Policy easing in response to the oil shocks of the 1970s resulted in double-digit inflation and a sharp, risky increase in public debt. Moreover, if a downturn renders some corporations, banks, or sovereign entities insolvent—not just illiquid—it makes no sense to keep them alive. In these cases, a bail-in of creditors (debt restructuring and write-offs) is more appropriate than a “zombifying” bailout.

In short, a semi-permanent monetization of fiscal deficits in the event of another downturn may or may not be the appropriate policy response. It all depends on the nature of the shock. But, because policymakers will be pressured to do something, “crazy” policy responses will become a foregone conclusion. The question is whether they will do more harm than good over the long term.

Nouriel Roubini is CEO of Roubini Macro Associates and Professor of Economics at the Stern School of Business, New York University. His website is NourielRoubini.com.

Although the COVID-19 pandemic is primarily a public health crisis, experts are now voicing their concerns that the virus could... Read More...