Lift irrigation project to be constructed 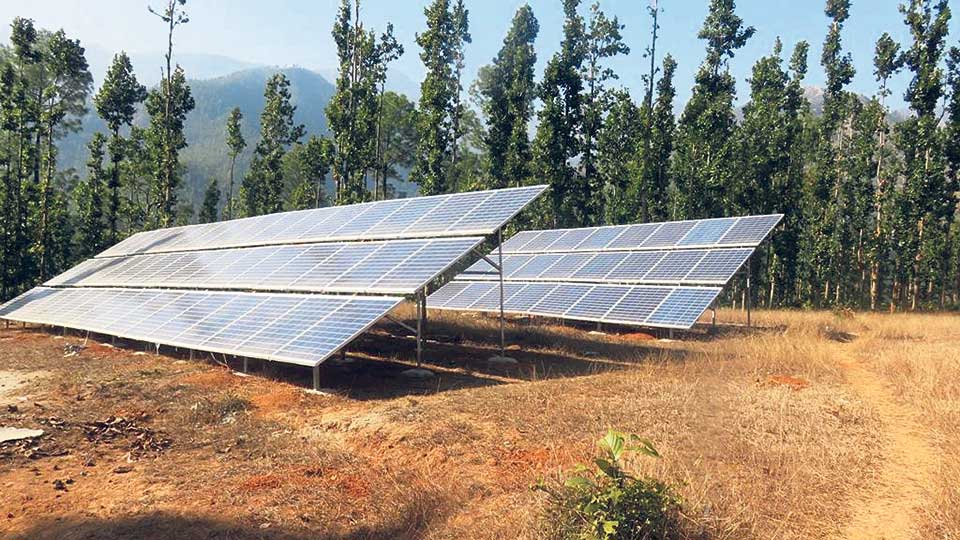 MUSIKOT, Jan 21: A lift irrigation project is going to be constructed at Ambachaur of Chaurjahari Municipality-3, the first of its kind in the area. The solar-run project will lift water of Bheri River for providing irrigation to the 45 bigha land of 200 households of Ambachaur.

Officials of Chaurjahari Municipality have said that the project is going to be constructed with an investment of Rs 6.3 million by the municipality. Cultivable lands at Ambachaur have remained barren due to the lack of proper irrigation facility, which has affected the agricultural production of the area. Locals had been complaining about the irrigation problem for a long time.

“We are planning to provide irrigation facility to the locals throughout the year using solar energy,” said Bishal Sharma, mayor of Chaurjahari Municipality. “The project will come into operation within mid-February. The lands that have remained barren for years will be irrigated by the project.”

This project of the municipality has brought happiness to the locals of Ambachaur. The project will ease the cultivation of paddy, wheat, and maize in the lands of Ambachaur, which previously depended on rainfall.

Height of the location and lack of a river nearby have always troubled the agri-sector of Ambachaur.

“We were not able to cultivate crops other than food crops due to lack of proper irrigation in the past,” said Upendra BC, a local. “We expect that our plights will be better after the completion of the lift irrigation project.”

The equipment of the project will be at a height of 150 meters from the river which will lift the water of Bheri River 800 meters up from the river surface to the tank in the village at top. Pipes will distribute the water throughout the lands in the village. The project has been launched as a pilot project in the area. Locals are hopeful seeing the new technology.

Lift irrigation is an artificial method of irrigation, in which water is brought to a place against the natural flow by using pumps. This sort of irrigation can be helpful for irrigating highlands in countries like Nepal.

Weather Alert: Chance of light rain across Nepal
38 minutes ago

Two arrested with 147 grams of brown sugar
56 minutes ago