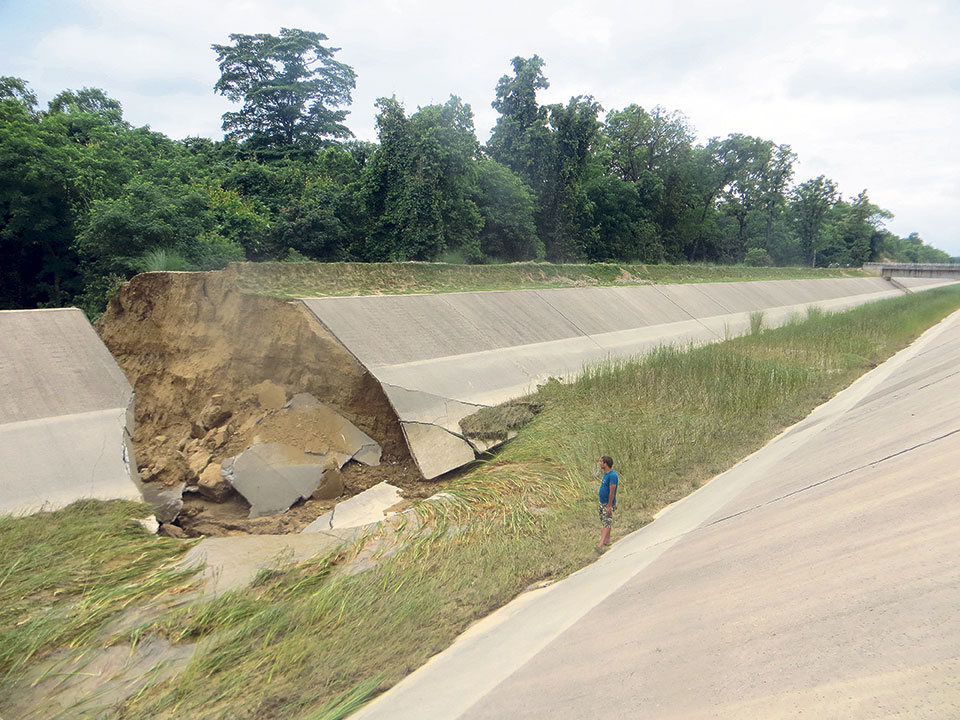 KATHMANDU, July 31: Ahead of every election, the Sikta Irrigation Project dominates the electioneering. But all the poll contestants conveniently sideline the project once the election is over.

They never raise the issues related to the quality of the construction and all the dillydallying although they know very well about the wrongdoings involved in the execution of this national pride project. Instead, they only lean on project officials to provide jobs for their party cadres.Bigwigs from federal ministers visiting the district to local politicians use the project vehicles and tap into its resources. But they rarely talk about the delay in project work, the use of substandard materials and the design faults. On the contrary they help ensure immunity for the project officials and contractors.Thanks to the connivance of the political class, the main canal of the irrigation project has collapsed twice and nobody has been faulted. Miffed at such silence on the part of the politicians, the locals launched several protests demanding a probe into the damage to the main canal. Sikta used to be considered as dream project for people living in Banke and Bardiya districts.Local civil society leaders accuse the politicians of protecting the shenanigans at the prolject. “All political parties are into milking the Sikta Project .

"As long as construction work on the project continues they can keep benefiting from it,” said Krishna Prasad Shrestha, coordinator of the Civil Society Concern Committee for Development, adding, “Political parties are protecting project officials and contractors involved in using substandard construction materials.”

Shrestha accused the political parties of bringing up the project only as a slogan during elections. “No sooner does a new minister get appointment than he appoints party cadres as employee of the project. He also gets to use the project vehicles and extract other resources from it,” he added, “That's why they don't speak up against any irregularities.”

The main canal of the project has collapsed time and again. Technicians attribute this to the use of substandard soil for the earth work.

Stakeholders say proper soil testing would have solved this problem. It is estimated that the main canal will have a capacity of 50 cusecs. But it collapsed when only 10 cusecs of water was released into it from the river.Almost 12 years have elapsed since construction started on the project which is listed as a national pride project and Rs 14.7 billion has been spent so far. But only 60 percent of the construction has been completed. It is estimated that the total construction cost will surpass Rs 25 billion.