Life imprisonment sought for Alam and ten others 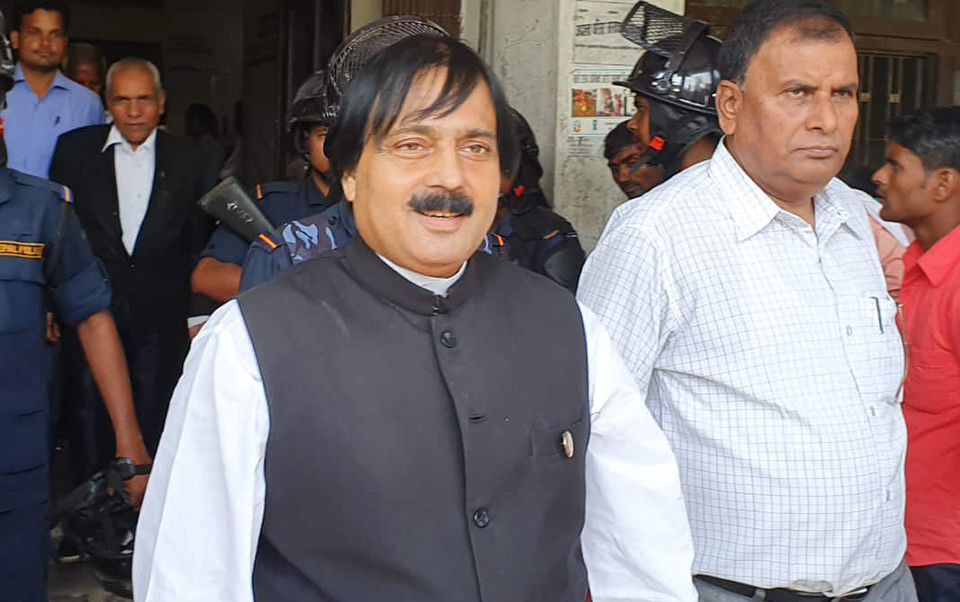 On Monday, the DAO, Rautahat, filed the case against Alam and ten others for their alleged involvement in the case with three criminal charges – use of explosives, murders, and attempted murder — as per the recommendation of the District Police Office, Rautahat, that investigated the 11-year old massacre.

The DAO has sought life imprisonment for Alam and ten others. The case has been filed against Alam’s brother Mohammad Mahtab Alam, Mohammad Mobin Alam, Shekh Bhadai, Shiekh Seraj, Shekh Fajlehak, Sagir Alam, Shekh Malakar, Gauri Shankar Sah, Badri Sahini, and Mukti Shah. Except Alam, all the accused are on the loose.

Earlier on Friday, the District Police Office (DPO), Rautahat, had submitted an 800-page investigation report to the District Attorney Office after keeping Alam in judicial custody for 20 days.

Alam was arrested on October 13 on the charge of killing dozens of people in a massive blast in Rautahat. It had been learnt that Alam’s men were preparing bombs on the eve of the first Constitution Assembly elections in 2008. The accidental bomb blast reportedly left 14 dead and eight injured. All those killed were making bombs to create terror in the elections to secure Alam’s victory.

Alam is accused of taking all the blast-injured and the dead to a nearby brick-kiln and throwing them in the furnace to destroy evidence of the blast.

After the case was filed, Alam alleged that the state was trying to frame him due to political biases. “The blast did not occur. I had already received a clean chit,” he had told media persons.

Meanwhile, police said that they have failed to contact the then APF chief of Rautahat district Ram Krishna Lama, among others.

The recent development into the case comes after the Supreme Court on May 29, 2012 ordered a proper investigation into the case and bring those guilty to justice as per the law. This came after victims pleaded for justice at the Supreme Court as none of the other concerned government bodies chose to proceed with the case as Alam used his political influence as minister and lawmaker of the then ruling party.

Earlier, the District Attorney Office (DAO), Rautahat, back in 2008 had already closed the case, citing lack of evidences to support the claim of bomb blast and subsequent deaths. The Office of Attorney General had later upheld the decision of the DAO, leaving the victims family hugely disappointed.

My arrest is unjustified, claims NC leader Alam (with video)

RAUTAHAT, Oct 25: Mohammad Aftab Alam who is currently under police custody argued that his arrest in connection to an... Read More...