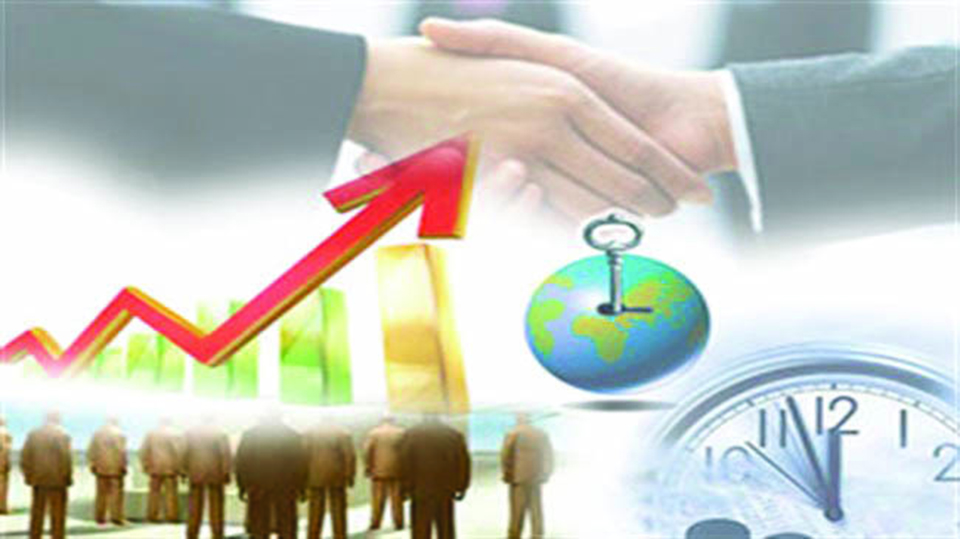 At a time the government has put emphasis on employment generation, doubling agriculture production, and promoting export-based economy, among other interventions, in line with target of achieving double-digit growth in the next five years, two recent news reports hold special significance.

One relates to Nepali dairy producers lobbying secretly with some government officials to prevent the entry of Amul Dairy of India into Nepali market. The other highlights milk holiday being faced by dairy farmers in Chitwan due to cutting back collection of milk by dairy farms citing excess of milk for their plants.

Neither was reported with prominence in mainstream media but this indicates a serious problem. Though milk holidays have been happening from time to time, the teaming up by local dairy producers to block penetration of a multinational dairy firm does not give good message regarding our investment climate.

Local business people are driven by vested-interest to prevent foreign direct investment (FDI) in similar enterprises so that their longstanding cartel remains intact. Nepal’s business sector thrived only after the country pursued liberal economic policy from 1990 paving the way for open competitions among market players. Such liberalized environment has created an atmosphere to encourage private investment both at home and abroad. But mentality of Nepali business people has not changed to catch up with the pace of liberal economic environment.

Nepali business people argue entry of Amul, the Indian dairy giant, will threaten existence of Nepal’s dairy sector, where they have been enjoying complete dominance.

Lobbying by Nepali local cement producers to prevent the entry of an international cement producer a couple of years back had also drawn media attention. Local producers had put their maximum efforts to block operation of the multinational cement company before it got government permission for FDI. Even Nepal Dairy, the state-owned dairy producer, had to face tough resistance from local producers when it tried to expand its operation in Pokhara few years ago.

Business people, who in principle advocate economic liberalization and open competition, are demonstrating double standard by forestalling the operation of their competitor companies. On the one hand, they pay lip service to FDI, on the other, they are up in arm against the foreign capital and technology. It is another form of syndicate and cartel. The government has ended syndicate in transport sector but it thrives in many others.

Resisting the entry of foreign industries discourage foreign investment. International firms bring in employment, revenue, technology transfer, competition and quality products. But local producers are only concerned about their own business. They try to keep multinational companies at bay fearing that they would be wiped out. This is the manifestation of syndicate mentality which prevents competitive environment from flourishing.

Nepal desperately needs foreign capital and technology to materialize the desired development target set out by the government in its policy papers including in current plans and programs. To implement the pledges made during the elections, we need to bring foreign investors to Nepal for our private sector is still not as vibrant as in India and China.

Nepal is aspiring to graduate to middle income status by 2030. World Bank in its Systematic Country Diagnostic (SCD) has estimated that Nepal needs to maintain at least seven to eight percent growth annually to achieve this target. Despite having tremendous investment opportunities, FDI flow in Nepal has stood at negligible 0.2 percent of Gross Domestic Product (GDP) over the decade. We need foreign capital, technology and human resources to boost our economy through the development of infrastructure, industry, tourism, agriculture and other key sectors of economy.

Given the small size of private sector and limited government resources, foreign capital is what Nepal needs.  If we discourage foreign investment we can’t spur growth for better employment opportunities, better revenue and technology transfer. Supply can create demand. If we supply quality goods and services in the market, then volume of market will further expand with growing demands. Multinational companies encourage competition in domestic market giving opportunities for selection of better goods and services in fair prices. Even the domestic suppliers of raw materials can get fairer prices with growing competition among buyer companies. Moreover, domestic suppliers will also enhance their capacity to supply better quality raw materials required for multinational companies and they don’t have to rely on foreign suppliers.

Foreign multinational companies tend to have state-of-the-art technologies to increase productivity, lower cost and increase quality of products. However, local firms mainly lack such strengths making themselves vulnerable to dominance of international giants. Multinational companies also enjoy huge financial resources and human resources to ensure best management. The fear of local entrepreneurs that they would be wiped out by the global brands is baseless.

In countries like China, Brazil, Indonesia, Thailand, Mexico and Russia, local brands are not only challenging international brands, but also expanding their presence in other countries. To offset challenges of global brands, they always try to enhance their quality, management practice, delivery systems and fairer price tags. In most of the cases, home-grown companies flourished not by the protectionist policies of the government but by their innovative skills.

Take Bharti Airtel, the global telecommunications service company of India, which commands almost 25 percent of market share in India’s telecom sector that has covered over 1.20 billion subscribers across India, where other international players are struggling to secure their market share.  Bharti Airtel, now key operator of telephone in global market, has been able to expand its footprint in over 20 countries of Asia and Africa. This is one example of how home-grown players can retain their market if they offer quality products at competitive prices even if international firms enter the market.  Instead, local business will benefit from technology spillover effect as they are encouraged to use high technology and apply good management practices to become more competitive.

Nepal is struggling to emerge from decades of political transition to unleash economic prosperity. FDI will be a vital component to transform our economy. Government has set a target of ending compulsion of youths to go for foreign employment, doubling growth and agriculture output in five years. It has also targeted to generate electricity of 15,000 MW in the next ten years. We can’t achieve these targets without promoting investment from both domestic and international investors.

More than 1500 youths leave the country for overseas jobs every single day. Our private sector is not big enough to offer jobs to around 550,000 youths every year. Industries, tourism, agriculture, hydropower sectors can create more jobs, but in the absence of foreign investment domestic players won’t be able to provide these jobs.

Our trade is skewed with alarmingly high trade deficit that touched to around Rs 2 billion per day. Skyrocketing trade deficit can be brought down by promoting foreign investment in the sectors of our competitive advantages to boost domestic productions of exportable goods. The promotion of foreign investment in domestic market can offer better options to consumers and enhance our industrial outputs to support our supply capacity for export promotion. At a time when government is facing tough time to manage limited financial resources to cope with the growing needs with the implementation of federal system in the country, investment from private sector can give impetus to economic activities generating more government revenue along with employment. With the arrival of multinational companies, domestic companies also can learn not only best business practices but people will enjoy job opportunities with better pay.

Nepal’s domestic dairy producers who are now protesting against entry of Amul should know that arrival of multinational companies will have positive impact in overall economy. If we allow such multinational dairy producers, Nepali farmers can get wider market and better price offer.  Thus businessmen should not behave in a way that debars foreign competitors to come to Nepali market.

We can learn from Nandigram of West Bengal state that chased away Tata Motors Company that had planned to establish Nano plant there to produce world’s cheapest car prompting its shift to Gujarat that wholeheartedly offered red-carpet eliminating red-tape. Now, Nano plant has been providing employment to more than 20,000 people in Gujarat that has emerged as the most appealing investment destination in India.

Hence our private sector should be forward looking and welcome foreign competitors so as to create a competitive environment that pave the way for fairer prices, better service, greater employment opportunities and higher revenue sources. The US President Herbert Hoover wisely said: “Competition is not only the basis of protection to the consumer, but it is the incentive to progress.”

KATHMANDU, April 16: As many as 194 industries with foreign investment have been registered at the Department of Industry during... Read More...

Foreign investors will get a level playing field: Industry minister

KATHMANDU, Feb 16: Minister for Industry Nabindra Raj Joshi has promised the representatives of diplomatic missions that the government would treat... Read More...