Leicester put three past Burnley as Slimani shines on his debut 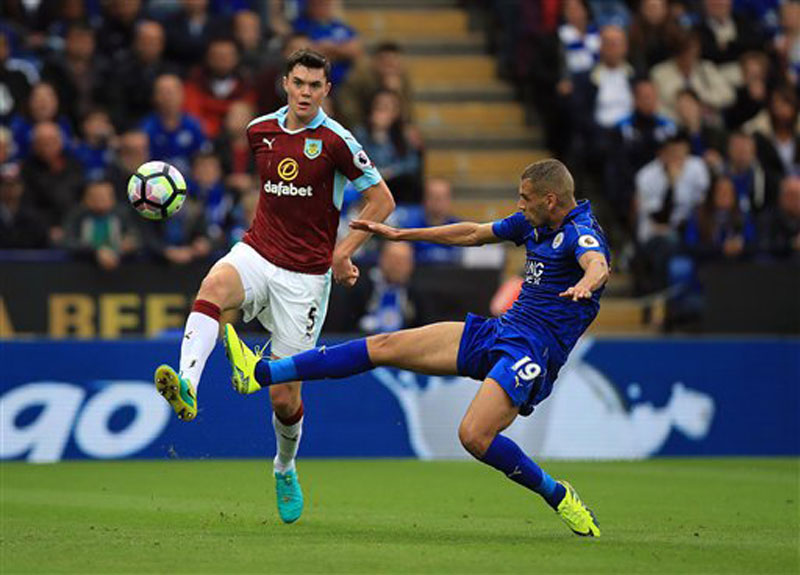 The Algeria forward gave defending champion Leicester the lead just before halftime with a powerful header from Christian Fuchs' free kick, giving Tom Heaton no chance in the Burnley goal.

"It's important Slimani continues to score, because if he only scores in the first match we have a problem," said Leicester manager Claudio Ranieri.

"I am very happy with the result and the performance of the players. I was curious to see how my players reacted after the Champions League and they reacted very well.

"After the victory in the Champions League, it was very important to continue in the Premier League.

"We scored three goals and Islam Slimani scored twice. I think our fans are very happy. It's important Slimani continues to score because if he only scores in the first match we have a problem. He is a good lad and very happy."

Slimani made it 2-0 shortly after the break with another header at King Power Stadium.

The result was beyond doubt when Riyad Mahrez's driven cross was inadvertently deflected in by Burnley's Ben Mee in the 78th.

Burnley made very little in the way of chances, as Leicester followed up its 3-0 midweek win over Club Brugge in the Champions League with another commanding victory after a stuttering start to the season.

"I was curious to see how my players reacted after the Champions League and they reacted very well," Ranieri said.

Leicester was without first-choice goalkeeper Kasper Schmeichel, after he was concussed in training. Summer signing Ron-Robert Zieler made his league debut in Schmeichel's place.

Speaking to Neha Dhupia on a chat show, Shahid Kapoor spoke candidly about his failed relationships and how he was... Read More...