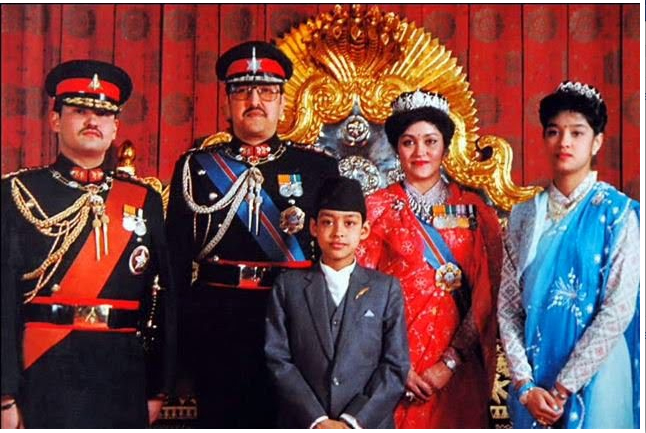 It is stated that 295,112 units of shares were found in their names at different banks and financial institutions. The Trust joint secretary Lekh Bahadur Karki shared that the members of the late royal family have 257,642 units of shares in Nabil Bank; 30,720 units in Hotel De'l Annapurna and 6,750 units in Industrial Development Bank.

Similarly, Pound Sterling 48,466 is kept in Kist Bank account and US dollar 138,626 in Prabhu Bank account in the name of late king Birendra's family.

KATHMANDU, Jan 11: The Shiva Sena Nepal, a political party, offered a 108 meters long garland to the statue of... Read More...