KATHMANDU, Feb 25: The government has deployed a large number of police personnel along the road from Maitighar to New Baneshwor in Kathmandu after cadres of various political parties staged a protest against the US assistance project Millennium Challenge Compact (MCC).

As today's meeting of the House of Representatives (HoR) will discuss the issue of ratifying the MCC agreement, various parties have planned protest programs. 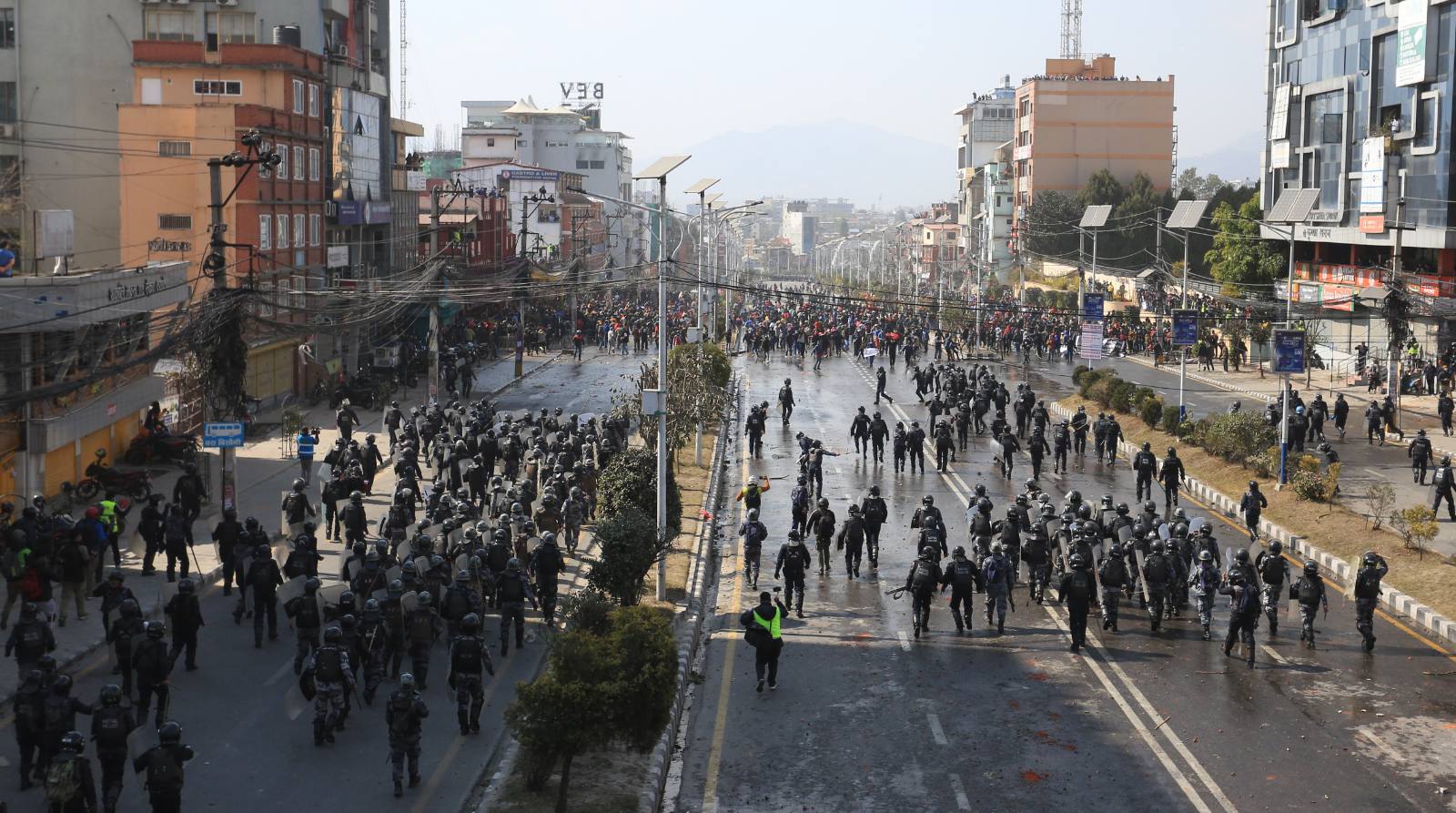 The protest programs are focused in the area around the parliament building in Baneshwor because of which the government has deployed a large number of security personnel in the area.

There are differences between the ruling parties over the MCC. Among the ruling parties, the Nepali Congress is in favor of approving the MCC compact agreement. But other parties including the CPN (Maoist Center), CPN (Unified Socialist), Janata Samajbadi Party Nepal and Rastriya Janamorcha are in favor of amending the project agreement before ratifying it through parliament.

The main opposition party, the CPN-UML, has not yet made its official position on the issue public.

IN PICTURES: New Baneshwor overwhelmed with protestors against MCC

Cadres of ruling parties burn tires in protest against MCC

KATHMANDU, Feb 18: There have been protests throughout the country against the US-funded Millennium Challenge Corporation (MCC) compact agreement, saying... Read More...