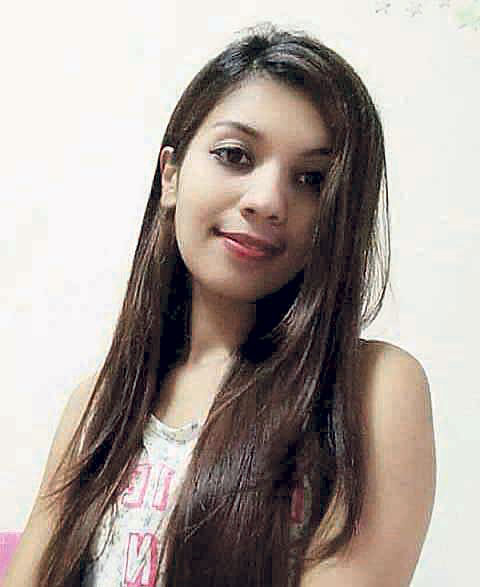 Condolences from her relatives, friends and well wishers fill up her Facebook wall

LAMJUNG, March 15: Purnima Lohani of Besisahar Municipality-1 in Lamjung district was one of the victims of Monday's tragic aircraft accident. She was aspiring to become a doctor and serve her district and the country.

Her untimely demise has left the whole district and the nation mourning as waves of condolence from her relatives, friends, neighbors and acquaintance filled up her Facebook wall.

Lohani, 23, was returning from Bangladesh in the ill-fated Bombardier after finishing her final examination of her five-year MBBS course.

“At first, when I heard that a woman from my district died, I felt bad and got anxious on who the person might be. As it turned out that she was none other than Purnima Lohani, I felt very emotional,” said DB Majakoti, a local of Besisahar.

“Her parents lost a -daughter and the community lost a doctor. Indeed, it is a huge loss for everyone.”

Likewise, Krishna Prassad Adhikari, chairman of Jana Kalyan High School from where Lohani completed her School Leaving Certificate examination, said he is left speechless by the news of her death.

“She was a very bright student. Everyone, including the school family, had big expectations from her. Lohani's dream to serve the country as a doctor remained unfulfilled while we lost a bright star,” he said.

Lohani was the eldest daughter of Nur Bahadur Lohani and Yam Kumari Lohani. She is survived by her parents and two younger sisters.

Her parents are currently in Kathmandu to receive her body. According to teachers Badri Khanal and Surya Bahadur Acharya, her parents are undecided whether to perform her final rites in Kathmandu or bring her body to the district.

“Purnima could not live to fulfill her dreams. We are deeply saddened by her death,” said her uncle Bishnu Nidhi Lohani.

LAMJUNG, March 15: Purnima Lohani of Besisahar Municipality-1 in Udayapur was one of the victims of Monday's tragic aircraft accident. ... Read More...

Remove me if you can: PM Oli challenges Dahal, Nepal
8 hours ago

Olitics-politics and ethics
20 hours ago

Her community helped her summit Mt Everest, now she is paying back by hunting new trekking routes and promoting tourism in Helambu
11 hours ago

In his written response to SC, Dahal says courts can never be influenced by rallies, slogans and speeches
11 hours ago

Remove me if you can: PM Oli challenges Dahal, Nepal
8 hours ago

In his written response to SC, Dahal says courts can never be influenced by rallies, slogans and speeches
11 hours ago

New mother dies in lack of timely treatment
12 hours ago