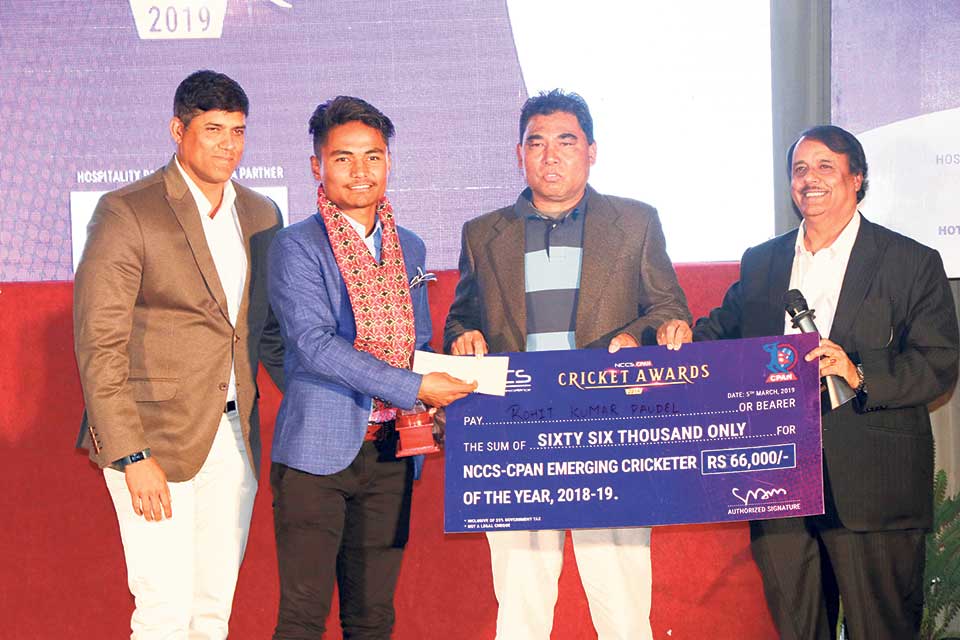 All three, Sita, Paudel and KC received Rs 66,000 each for their respective awards.

All the awards were presented for the cricketers' respective contributions in cricket in season 2018-2019. The awards were hosted by Cricket Players Association of Nepal (CPAN) in association with National College of Computer Science (NCCS).