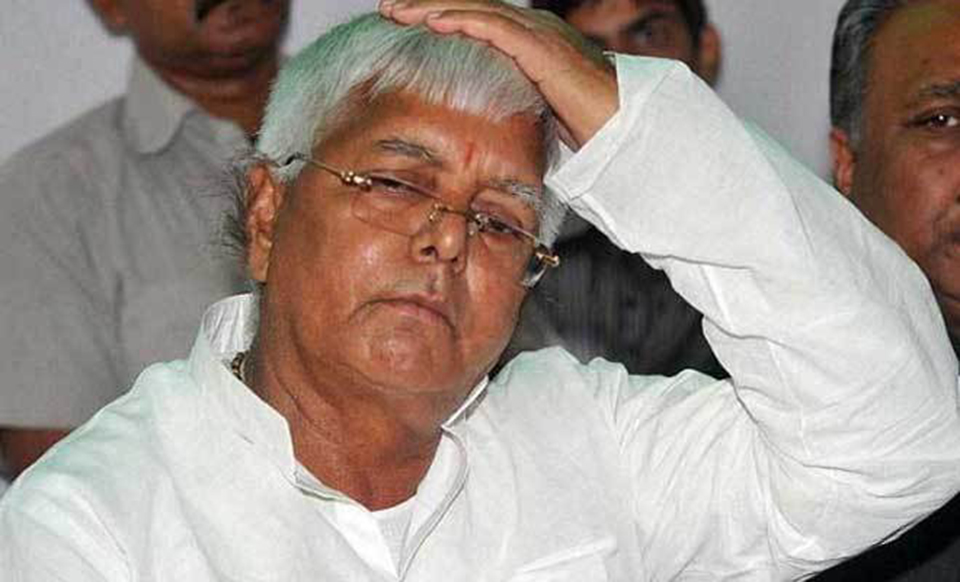 NEW DELHI, Jan 24: A special CBI court in Ranchi on Wednesday convicted Rashtriya Janata Dal (RJD) chief and former Chief Minister of Bihar Lalu Prasad Yadav and another former chief minister Jagannath Mishra in the third case of multi-crore fodder scam related to fraudulent withdrawal of money from Chaibasa treasury in 1990s. The court handed both Lalu and Jagannath a jail term of five years, besides a fine of Rs. five lakh each. A total of 50 accused have been convicted in the case while six have been let off.

The third fodder scam case, RC 68(A) / 1996, pertains to the fraudulence of Rs 33.67 crore from Chaibasa (now in Jharkhand) district treasury during 1992-93 when Lalu was the chief minister of undivided Bihar.

Meanwhile, Lalu’s son Tejashwi Yadav said they will approach higher courts against all the verdicts in the fodder scam. “People know how BJP, RSS and, more importantly, (CM) Nitish Kumar have conspired against Laluji. We will approach higher courts against all these verdicts,” ANI quoted Tejashwi, who is also the former deputy CM of Bihar,  as saying.

Sixty-nine-year-old Lalu is currently serving time in Birsa Munda jail in Ranchi after having been convicted in two fodder scam cases. The RJD chief was on December 23 last year held guilty in the RC 64A/96 pertaining to fraudulent withdrawal of Rs 89.27 lakh from Deoghar Treasury and was handed 3.5 years imprisonment on January 6 this year by special CBI court judge Shiv Pal Singh.

Besides these cases, the former Bihar chief minister is also facing charges in the RC 38 A/96 pertaining to alleged illegal withdrawal of Rs 3.97 crore from Dumka Treasury and Rs 184 crore from Doranda Treasury in the early 1990s. The verdicts in these cases are likely to be pronounced over the next few months.

NUWAKOT, Mar 23: A local level representative here has been convicted in the women trafficking case and handed a 37-year jail... Read More...

Electoral alliance a must to safeguard democratic values: Minister Shrestha
49 minutes ago