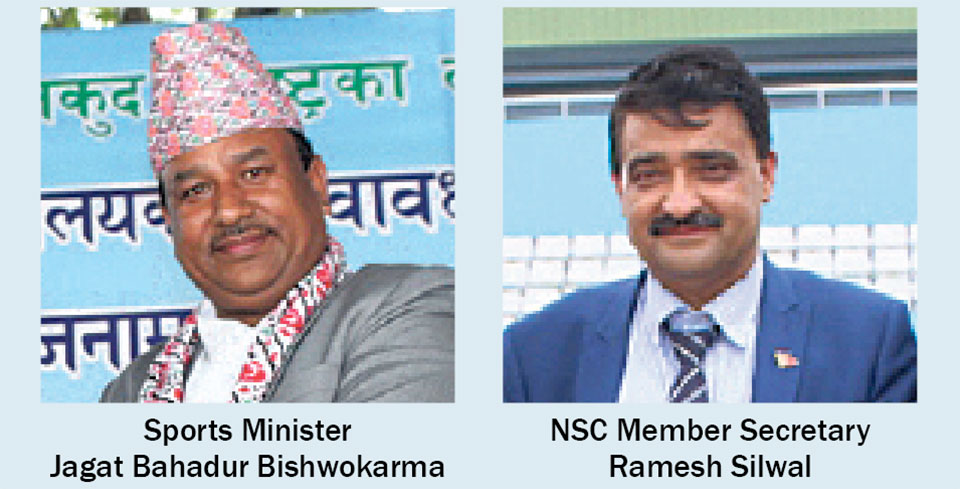 KATHMANDU, Aug 6: Nepal is preparing to host the 13th edition of the prestigious South Asian Games (SAG) at the end of this year. The expectations and challenges for smooth organization of the event will be of paramount importance for all involved stakeholders.

While it is an opportunity to prove that the country is capable of hosting such international event, the organizers need to delve into the details of preparation.

The Ministry of Youth and Sports (MoYS) and its main functioning division Nepal Sports Council (NSC) have failed to meet such basic requirement as to publish a work procedure for smooth preparation of the games, which has been at snail’s pace so far.

A work procedure pursuant to Sports Development Act 2048 BS and Sports Development Rules 2049 BS is mandatory to organize a large-scale event. It is needed especially to ensure financial compliance. Even though the NSC has resolved to not delay the preparations even in the lack of the work procedure, any financial transaction made in its absence will be against the law.

Ramesh Silwal, the recently appointed member-secretary of the NSC, has stated that the council ‘would not wait for the work procedure’ and that it was ‘committed to a fast-track process’ for preparations.

On December 28 last year, the 8th National Games had got a green signal from the Cabinet, which approved the work procedure to organize the national tournament. Any national or regional sports event has to go through the same process.

“The work procedure not only helps smooth organization of any sports event, it also helps to follow the law of the nation especially when the investment is huge,” Yubraj Lama, former member-secretary of the NSC, told Republica.

He added: “Projects worth less than Rs 500,000 can be carried out by the NSC itself, but when the budget exceeds that amount, it needs to comply with an official work procedure. Only in case of urgency, the council can ask for special permission from the Cabinet.” The budget for the upcoming games is close to Rs 6 billion.

Sports Minister Jagat Bahadur Bishwakarma seems to be in agreement with Silwal on ‘fast-track’ mode of preparations. According to Section 28 of Sports Development Act 2048 BS, the NSC can formulate necessary rules and procedures to achieve its objective with approval from the government.

If there is timely formulation of the work procedure, the budget and schedules for foreign players, coaches and managers could be finalized well on time which would help smooth operation of the event. It will also ease things up for day-to-day financial operations.

“If large amount of purchase is made in absence of a formal work procedure, the organizers may have to reach the Commission for the Investigation of Abuse of Authority (CIAA) the next morning after the event is over,” said Purna Singh Bohora, lawyer and general secretary of Nepal University Sports Federation.

“Hosting an event of the caliber of SAG is not something that is done arbitrarily by two or three people. It is directly related to the nation’s prestige. In lack of proper work procedures, there will be risk of financial irregularities.”

Jeevan Ram Shrestha, president of Nepal Olympic Council and the coordinator of a newly formed parliamentary sub-committee for smooth organization of the SAG, also acknowledged that such work procedure would be helpful for preparations of the games.