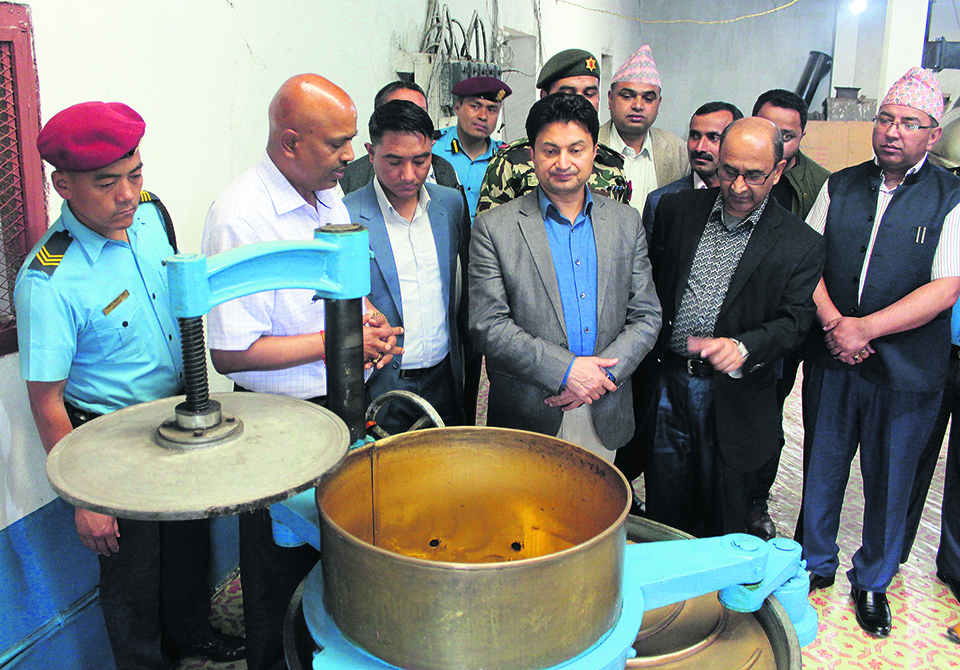 ILAM, May 18: Minister for Labor, Employment, and Social Security Gokarna Bista on Friday assured tea laborers of Ilam that they will be paid the minimum wage.

The minister’s assurance came after almost one and a half months of protests by the laborers at Ilam’s tea farms and factories demanding the minimum wages that the government had endorsed in July last year.

The minister visited tea farms and talked with laborers on Friday in order to resolve the protest.
Bista made the promise to the laborers of government-owned farms leased out to Triveni Shanghai Group, which has remained idle and had denied to give payments to the laborers.

Few days ago, Bista had directed all the tea farms and factories to either pay the minimum wages to the laborers or apply to the government to shut down their farms.

Almost all tea farms and factories, including the government-owned and privately-owned, of Jhapa complied with the minister’s direction except for Triveni Shanghai Group. But after the minister’s visit on Friday, chairman of the group Subhash Shanghai agreed to pay the accumulated minimum wages from mid-July last year.

Shanghai also said: “All laborers and employees of tea factories of Kanyam and Ilam will also get the payment as fixed by the government.”

Upon meeting the minister, representatives of tea labor unions explained the reasons for their protests and their demands. Responding to their concerns and problems, Bista tried to convince them that they will be paid the minimum wages, and asked them to return to work.
Bista said: “No one is above the law, and no one can say that they cannot implement the minimum wages fixed by the government.”

Bista said the ministry has also discussed with industrialists and listened to their problems as well. “The government is also ready to address the problems faced by the tea factories,” he said.
All tea farms in Ilam and Jhapa have been shut down since the first week of April due to laborers’ protests.