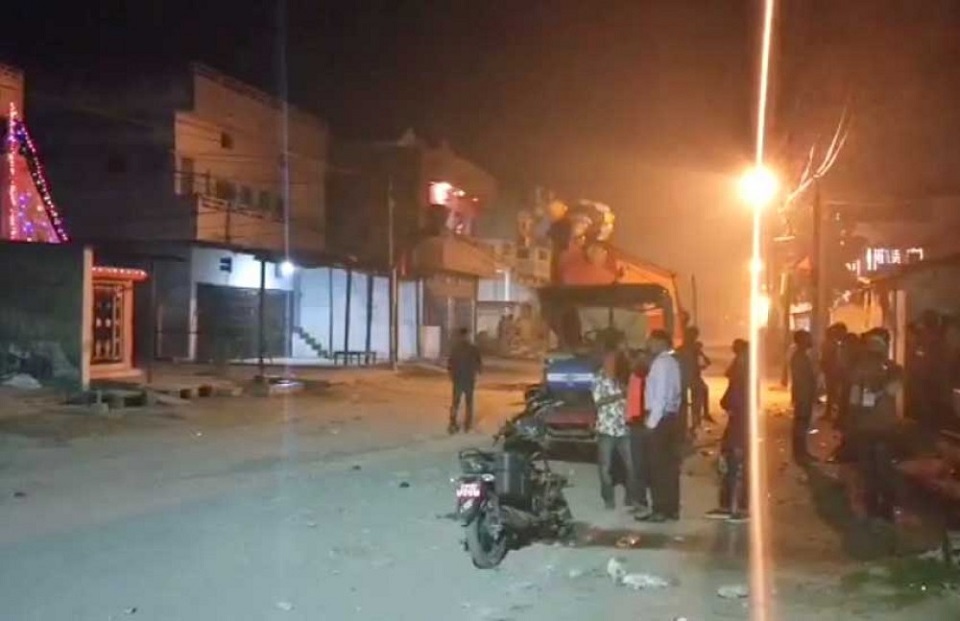 KAPILVASTU, Nov 1: The tensed situation at Krishnanagar is returning to normalcy as local administration and protesters reached a 10-point deal on Thursday mid-night.

Birendra Kanaudiya, a provincial assembly member from the agitator's side, mayor of Krishnananagar municipality Ratat Pratap Shah, chairperson of Federation of Nepalese Chambers of Commerce and Industry (FNCCI), Krishnanagar branch Ramkumar Gupta and a team of District Security Committee inked the agreement.

The ten-point deal includes recommending to the Ministry of Home Affairs for compensation to the family of deceased Suraj Kumar Pandey, punishing Jamal Khan and four others for their involvement in interfering in idol immersion, launching fair probe into police suppression, initiating action against such activities in the coming days and gradually reducing the curfew imposed in the town, according to the administration.

Earlier on Wednesday evening, clashes had erupted between Hindus and Muslims after a group of local Muslim youths allegedly obstructed a Hindu procession, which was on its way to immerse clay-idol of the Goddess Laxmi during the conclusion of Tihar festival.

Amid the escalating tension in the town, the local administration imposed the indefinite curfew order in Krishnanagar to control the situation since Thursday morning. However, during the clash between protestors and police, an Indian national and resident of Krisnanagar-2 was shot dead at around 11:15 on Thursday when police opened fire on demonstrators during the curfew.

KAPILVASTU, Nov 2: The prohibitory order imposed by the District Administration Office in Krishnanagar from 11:00 am on Thursday has... Read More...