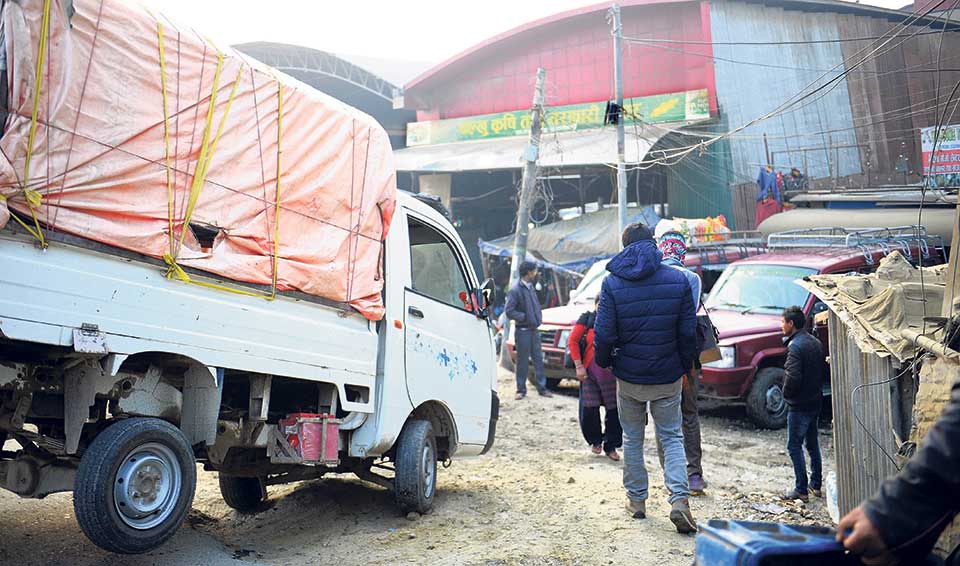 KATHMANDU, Nov 23: Krishi Fresh has been found buying vegetables from Balkhu Fruits and Vegetable Market and selling these through its outlets inside Kathmandu Valley as organic produce from its own farm.

Agricultural Development Multipurpose Co-operative, or Krishi Group, runs Krishi Fresh outlets at 14 different places in the Valley and these have been the go-to organic stores for the last nine years. However, Republica has found that the group has been buying fruits and vegetables from Balkhu and cleaning and packaging them at its farm at Tikathali as its own organic products before dispatching to its outlets.

Republica followed one of the Krishi Farm vehicles as it made its stops at its various outlets before going to Balkhu to collect vegetables there. The vehicle then took the vegetables to Tikathali for processing and came out again later in the day with packaged goods for delivery to the outlets.

Krishi Fresh claims that it produces its vegetables and fruits in its own farm in Tikathali, Lalitpur, but people who previously worked at the company say they collect the produce from the Balkhu market. “Vehicles first go about distributing milk to Krishi outlets and then they collect vegetables from Balkhu and bring them to Tikathali,” a source said. “Its farm at Tikathali cleans and labels the vegetables before distributing to the outlets.”

Although Krishi Fresh claims to be working to promote safe agricultural practices and deliver pesticides-free products, it is involved in this malpractice, an informed source told Republica. The source further said that the organization has been conducting several promotional campaigns with a message that it is selling pesticides-free products. “It claims to be collecting produce directly from farmers, which is not true,” the source said.

Krishi’s vehicles distribute milk to its outlets from 6:30 to 7 in the morning and reach Balkhu at 8 am to buy vegetables and fruits. The vehicles then go to Tikathali at around 1-2 pm for packaging the Balkhu produce. The packaged and labeled produce is then taken to Krishi Fresh outlets.

Long-time customers have lately complained about the quality of Krishi fruits and vegetables. One regular customer, who did not want to be named, said, “I used to buy milk and veggies from Krishi Fresh but I later found that I was being cheated, and I stopped buying altogether.”

All problems are global but their solutions are local. Believe it or not, most of the problems we are facing... Read More...

BAJHANG, April 7: Debu Khadka of Chainpur-10 remains busy working on her farm from dawn to dusk. However, she hardly... Read More...