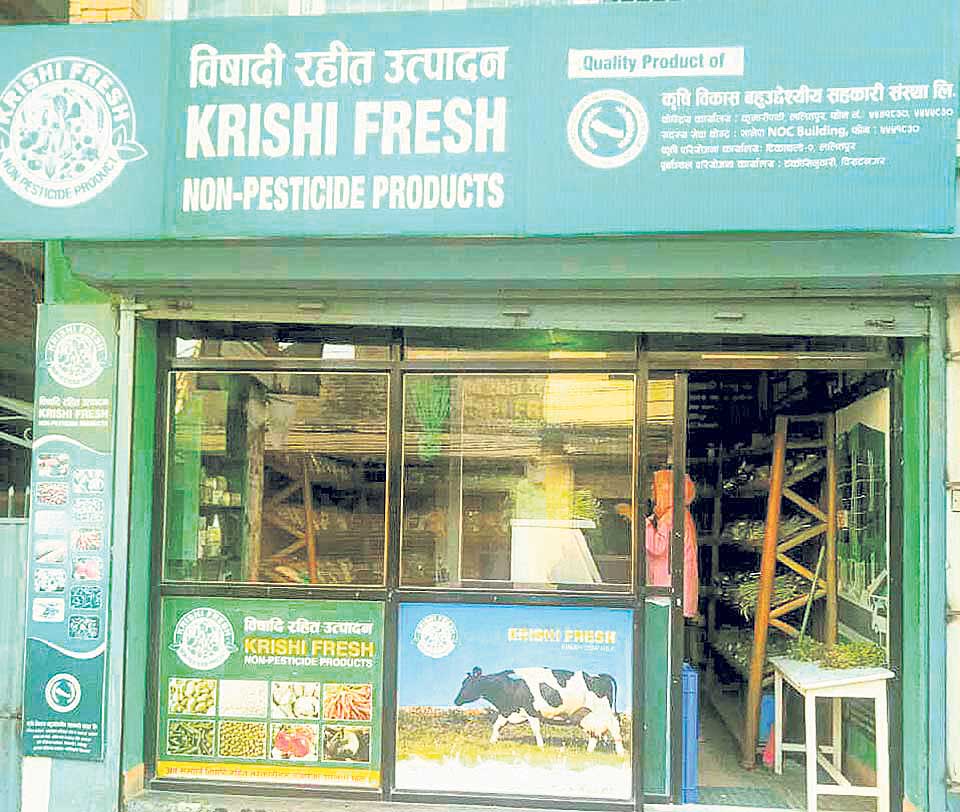 KATHMANDU, Nov 28: Agricultural Development Multipurpose Co-operative or Krishi Fresh Group, which was caught 'mislabeling' vegetables it bought from a wholesale market in Balkhu as organic vegetables, has accused its sacked employees of embezzlement.

Republica had published a story about the organization cheating on consumers by selling non-organic products as organic.

Publishing a notice on Sunday, the company has blamed two former employees of the Krishi Fresh outlet located at Sanepa -- Kalpana Neupane and Shree Ram Adhikari -- for financial embezzlement.

"We have expelled sales representatives Kalpana Neupane and Shree Ram Adhikari for being involved in financial embezzlement. We apologize for the inconvenience caused to the consumers due to news stories fed by the duo," the notice reads.

However, Neupane and Adhikari had already quit their jobs on November 12, almost two weeks before the company published the notice.

The employees have accused the company for shifting the blame on them in order to cover their wrongdoing published in the newspaper.

"In order to cover up their wrongdoing, the company has tried to put the blame of financial embezzlement upon us, and has put a public notice intentionally to ruin us," the duo said.

Neupane told Republica that the company was not paying them for the last three months. "Before we left the job, they made us sign an agreement," she said, "They told us not to talk about wages to anybody outside and that they will give us a call within a week. But they haven't."

After the company published the notice with photographs of Neupane and Adhikari, the duo went to Sanepa Police Station requesting needful action against the company for attempting to damage their character. They filed a report at the police station on Tuesday.

The Krishi Group runs Krishi Fresh outlets at 14 different places in the Valley, which have been the go-to organic stores for the last nine years. A story of Krishi Fresh's wrongdoing was published in Republica and its sister publication, Nagarik National Daily, on November 23.

All problems are global but their solutions are local. Believe it or not, most of the problems we are facing... Read More...

BAJHANG, April 7: Debu Khadka of Chainpur-10 remains busy working on her farm from dawn to dusk. However, she hardly... Read More...