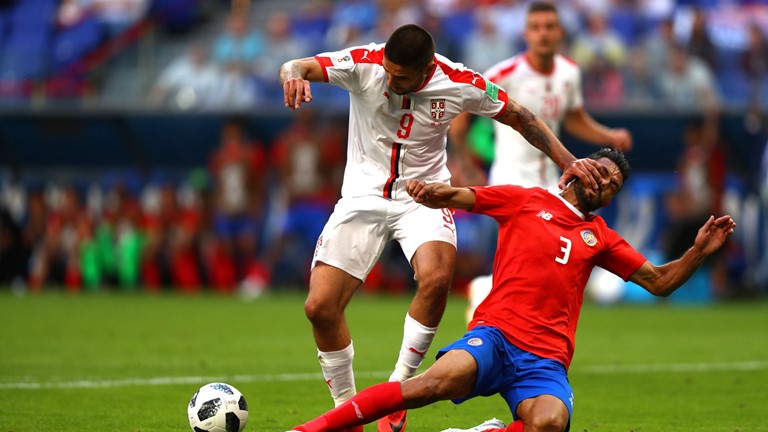 SAMARA, June 17: Aleksandar Kolarov curled in a spectacular free-kick to give Serbia a deserved victory in their opening World Cup Group E match against Costa Rica.

Serbia captain Kolarov - the former Manchester City defender - scored from 25 yards when he curled the ball over the Costa Rica wall.

Kolarov's effort had sufficient bend to find the top corner with Real Madrid goalkeeper Keylor Navas clutching at thin air as he desperately scrambled across goal.

Costa Rica only sporadically threatened the Serbia goal, with an early header over the crossbar from unmarked defender Giancarlo Gonzalez their best effort.

With games against Brazil and Switzerland to come, this was a key match for both nations to press their credentials to reach the knockout stages.

The margin of victory would have been greater had Navas not narrowed the angle to deny Newcastle striker Aleksandar Mitrovic after he had been sent clear by the impressive Sergej Milinkovic-Savic earlier in the game.

Serbia's Nemanja Matic, meanwhile, was involved in an ugly confrontation with a member of the Costa Rica coaching staff in injury time as the Manchester United midfielder tried to retrieve the ball after it went out of play. 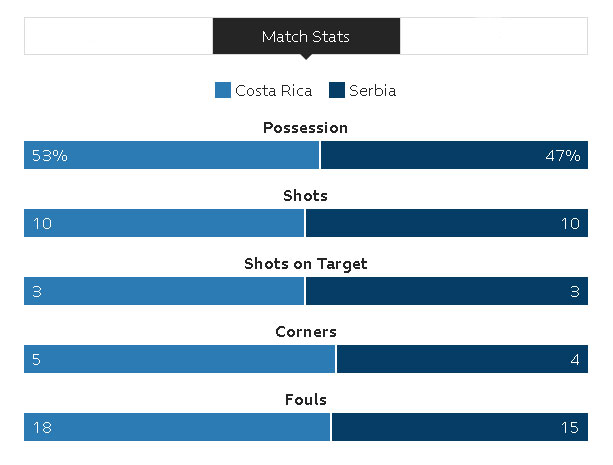