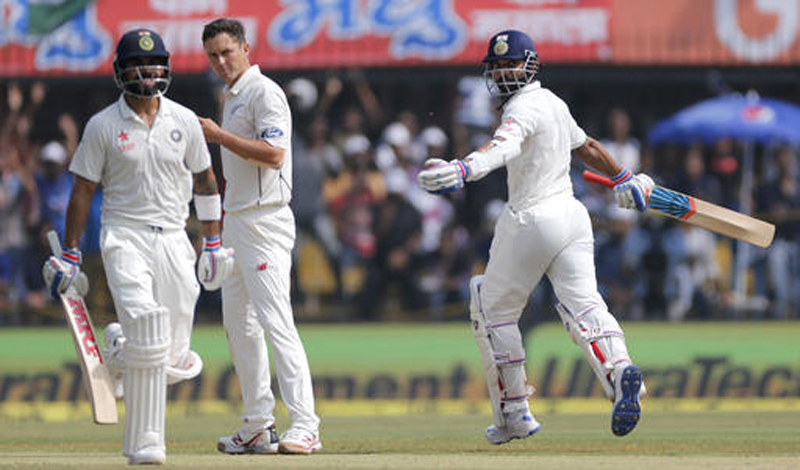 INDORE, Oct 9: Virat Kohli and Ajinkya Rahane took their fourth-wicket partnership to 356 runs Sunday as India reached 456-3 in 147 overs at tea on day two of the third test against New Zealand in Indore.

Kohli was unbeaten on 207 while Rahane was on 161 not out as both batsmen notched up their highest individual test scores.

It is the highest fourth-wicket partnership for India in test cricket, as the duo went past the 353 runs scored by Sachin Tendulkar and VVS Laxman against Australia in Sydney in 2004. This is also the second-highest partnership for India against New Zealand in tests, behind the 413 runs by Vinoo Mankad and Pankaj Roy scored in Chennai in 1956.

Rahane reached 150 off 300 balls, as he went past his previous best of 147 while Kohli reached his double hundred off 347 balls, his second in nine test innings.

India have already won the three-match series and hold an unassailable 2-0 lead.