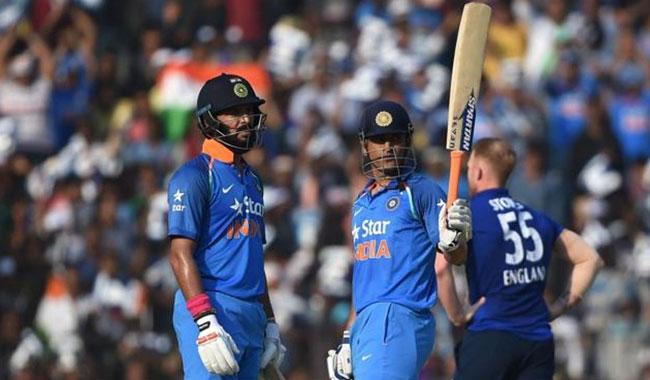 CUTTACK, Jan 21: After India scored a series win against England this Thursday with a 15-run victory, Yuvraj Singh’s father forgave the former Indian captain for the ‘evil he did against Yuvraj’.

According to Yograj Singh, a former international cricketer himself, Dhoni had wasted three years of his son Yuvraj’s career. He urged the former Indian captain to pray for forgiveness from God for it.

“He (Dhoni) wasted three years of Yuvi”s cricket career. It was uncalled for. He should realise this and apologise to God almighty. I have always forgiven people who have done bad to me and my kids. God is great,” he said.

“Yuvi, my son keeps working harder and harder. I pray to God all the time and thank him always. Congratulation to my loving elder daughter (in-law) Hazel (Keech). Be with him all the time. Love each other and look after each other always,” he added.

Yograj said that he forgave Dhoni for the ‘evil’ that he had committed against Yuvraj and claimed that he had wanted the former Indian captain to score a century in Thursday’s match. India were staggering at 25-3 when Yuvraj and Dhoni came to the blue shirts’ rescue by adding a stellar partnership for 38 overs which ultimately turned the match around for India.

Hick, Cooley to coach against England in Ashes tour match