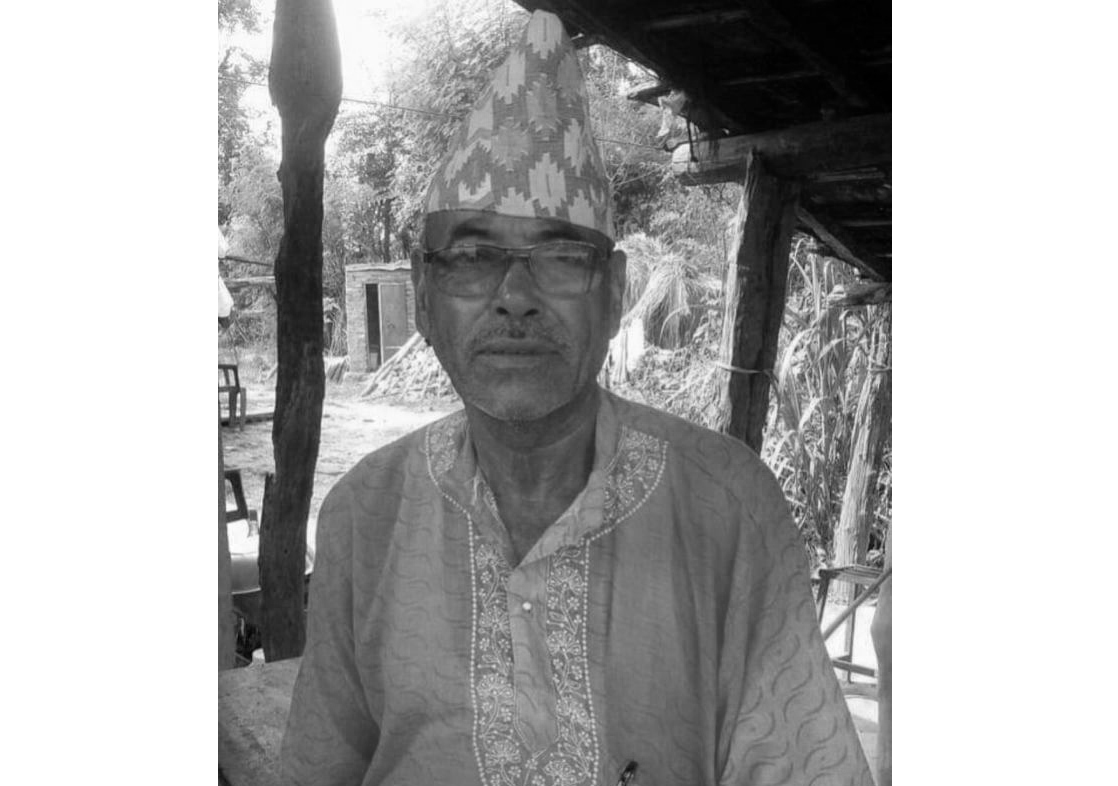 Khadka who had left his home for Mehalkuna of Surkhet on Tuesday was found dead in a room of Shankar Hotel, Baharaich in the Indian State of Uttar Pradesh, according to Nepal Communist Party (NCP), Banke leader Padam Dhital. Khadka was affiliated with the NCP.

People's representatives of Kohalpur municipality and leaders of NCP left for India after they received the news of Khadka's death earlier today. It is also learnt that 68-year-old Khadka had also informed the ward office about his visit to Surkhet.

"We tried to contact him on Tuesday evening and this morning too, but his mobile number was switched off," municipal executive member Narayani Oli told Republica Online. According to her, they were informed about his demise only after the hotel owner informed them by phone.

Spokesperson at the District Police Office (DPO), Banke DSP Shiva Singh informed that a team from the DPO departed for the Bahraich. "We have yet to gather information about the cause of his death," he added.

KATHMANDU, May 24: A police officer was found dead in Kathmandu on Sunday morning. ... Read More...

NEPALGUNJ, Dec 9: The conflict that escalated after a truck hit a student in Kohalpur of Banke district on Sunday... Read More...

RUPANDEHI, Sept 7: Ramesh Nepal, the Ward Chairperson of ward 2 of Butwal Sub-Metropolis attempted to commit suicide at his... Read More...