Kerala Kings to be Lamichhane’s sixth franchise of the season 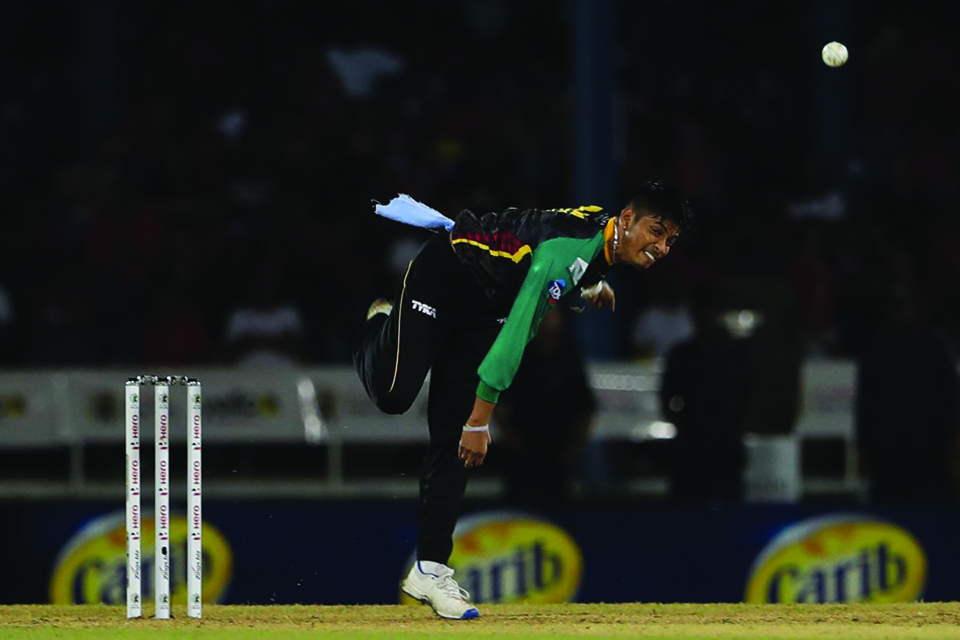 KATHMANDU, Sept 26: The T10 franchise Kerala Kings is set to be Sandeep Lamichhane’s sixth franchise team in the 2017/18 season. The Nepali spin sensation was drafted by inaugural T10 league champions in round three of an official draft program held in Dubai on Monday.

The 18-year-old was excited to be part of the new league and thanked his agent Talha Aisham and manager Raman Shiwakoti through his twitter handle. “Excited to be a part of the team @KeralaKingsT10 in the @T10LeagueTweets! Thank you everyone for your kind love and support so far. Keep supporting and keep blessing. Lots of love to everyone. Cheers! @TalhaAisham @CricketRaman!” he wrote.

The International Cricket Council-sanctioned second edition of the T10 cricket league will take place from November 23 through December 2 this year at Sharjah Cricket Stadium. T10 League is the first-ever internationally approved ten-over cricket league launched and owned by T10 Sports Management. The league is also approved by the Emirates Cricket Board. Matches are 10-over-a-side and the duration of a match is 90 minutes.

The inaugural champions Kings will be joined by runners-up the Punjabi Legends, Maratha Arabians, Bengal Tigers, Rajputs and Pakhtoons along with newcomers Karachians and Northern Warriors to make it the eight-team tournament for the new season. The teams have been drawn in two groups. All teams will have two mandatory United Arab Emirates (UAE) players in the squads along with a UAE player to feature in the starting XI of each franchise.

The youngster has been making his presence felt in the cricket circles since then as he was subsequently chosen to represent World XI in England where he made his T20I debut. Earlier, he had earned the Player of the Series award in the ICC World Cricket League Division 2 and was instrumental in Nepal making it to the ICC World Cup Qualifiers.

Sandeep has registered a career best of 5/20 in List A matches since his debut in April 2016. He made his T20I debut representing World XI in England against the West Indies earlier this year.