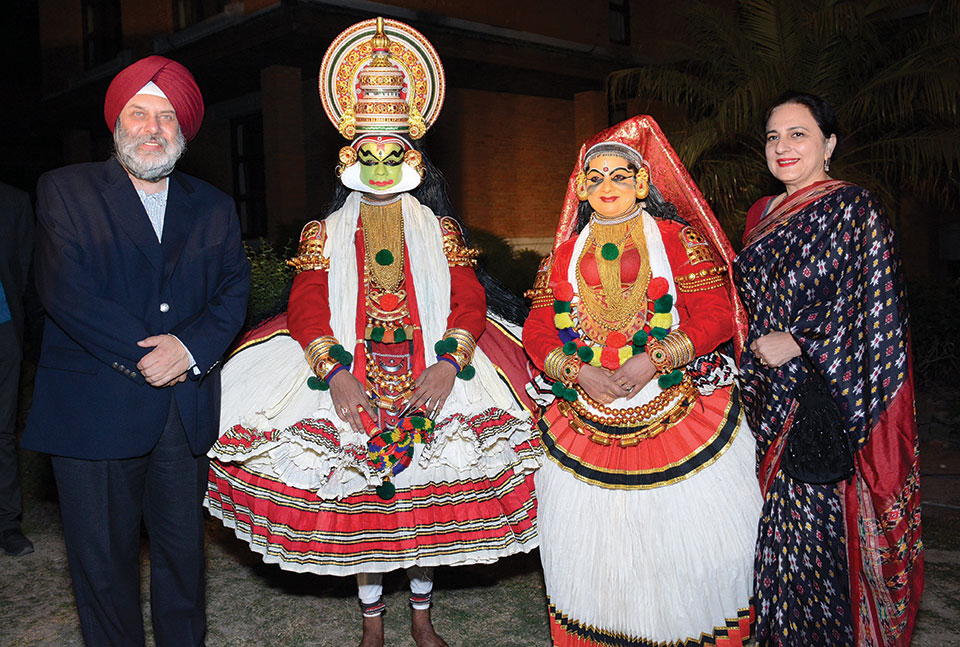 KATHMANDU, March 14: The Kerala Food Festival, which is being organized at Soaltee Crowne Plaza, is attracting foodies in drove. The event was inaugurated by Indian ambassador to Nepal Manjeev Singh Puri on March 11.

It will continue till March 24, according to a statement issued by Soaltee Crowne Plaza. "The menu, incorporating the flavorsome Kerala cuisine in all its glory, was crafted by special guest Chef Rejimon PS and Executive Chef, Yubaraj Pokharel. Koon Ada, Kappa Chemmeen cutlet, Attin Noolappam soup, Seafood Savala roast, Kozhi Olan, Kaya Konjukizhi, Malliyila Manga Choru are among some special dishes to be introduced in the festival," the hotel added in the statement.

"The cuisine specializes on the use of coconut cream and milk. The menu includes both vegetarian and non-vegetarian dishes including variety of seafood and gravies." Vazhapoo Kadala Parippu Cutlet and Tenga Jaddu (coconut dusted sweet dumplings) are among the 'must tries', according to the statement.