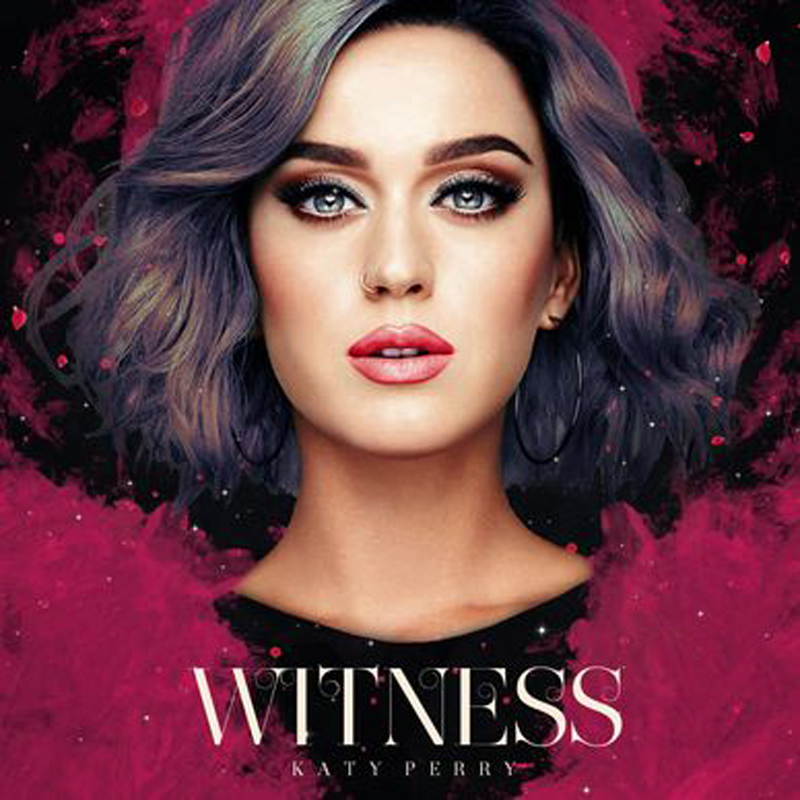 CALIFORNIA, June 10: Katy Perry’s songs used to delight in first-time innocence – she kissed a girl (and she liked it), and a night of love made her feel like she was living a teenage dream.

Now 32, the pop superstar has discovered adulthood. On a new album, her sound is tempting and her experiences are anything but chaste.

Witness, which will release on June 9, marks Perry’s first album since 2013 and comes after the artist largely retreated for a year following the blockbuster success of her Prism album and tour.

Perry, whose string of hits has dominated mainstream radio and teenage girls’ playlists for the past decade, evidently has had her fill of producing anthemic synth-pop.

On Witness, few of the songs easily lend themselves to arena sing-along’s. Perry brings a retro disco energy to first single Chained to the Rhythm, but the song is an outlier, with Perry incorporating the robust beats of R&B and hip-hop to toughen her pop style.

On Roulette, the most classic Perry song on the album with an infectious dance-pop beat, the more mature Perry describes her new taste for romantic danger – “Take the safety off for a minute.”

Perry also allows more space for her own voice, showing her talent for gliding from a gentle rasp to smooth higher ranges. Over understated electronica, she lets her vocals carry the songs Miss You More and Into Me You See.

In a nod to its rap style, Swish Swish comes off as a diss track as Perry – the world’s most followed person on Twitter with nearly 100 million followers – warns, “Funny my name keeps coming out yo mouth / ‘Cause I stay winnin’.”

Swish Swish is sure to fuel speculation it is a response to fellow mega-star Taylor Swift, whose own song Bad Blood was widely seen as an attack on Perry, whom Swift has suggested sabotaged her tour by poaching her staff.

Whatever the rivalry, Perry and Swift both turned for their latest albums to Swedish producers Max Martin, Ali Payami and Shellback – who behind the scenes have created some of the 21st century’s top hits.

If sexuality is part of adulthood, so too are romantic entanglements. Perry’s stories are full of relationships that never quite end neatly, with an overly active Smartphone ever ready to rekindle memories. “You don’t have to sub tweet me/My number’s always been the same,” Perry sings on Save as Draft.

Perry – whose real name is Katheryn Hudson – returned to write Witness at her home in Santa Barbara, California, where she reconciled with her conservative Christian parents and returned with a new short-cut, blonde hairdo.

The singer has described her journey home as part of healing, saying she was able to work on Witness to reveal more of herself beyond the Katy Perry stage persona. While Perry kept quiet on the music front last year, she emerged as one of the most prominent celebrity supporters of Hillary Clinton’s ill-fated presidential campaign.

Perry has hardly become a protest singer, but on Bigger Than Me, she explains her need to speak out, saying she has become convinced she has a higher mission in life.

“So I’ll speak my truth, though my voice shakes,” Perry sings – musically at least, not shaking. In a description that could sum up the album, Perry likens herself to “Marilyn Monroe on a monster truck.”

“I’m feminine and soft. But I’m still a boss,” she declares.

SARDINIA, Aug 4: Orlando Bloom bared it all during his Italian getaway with girlfriend and TV personality Katy Perry. ... Read More...