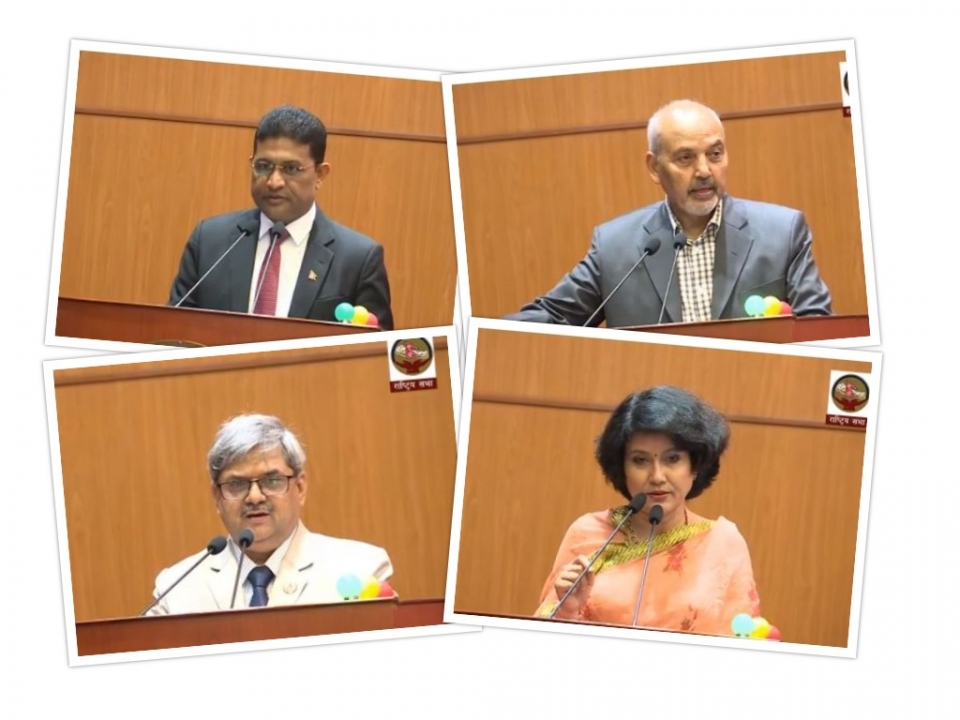 KATHMANDU, Aug 14: The government has tabled Kathmandu Valley Public Transport Management Authority Bill 2019 at the meeting of the National Assembly on Wednesday.

Minister for Physical Infrastructures and Transportation Raghu Bir Mahaseth has tabled the bill into the house session for discussion. Minister Mahasheth claimed that the bill was drafted in a bid to systemize, develop and expand public transportation in Kathmandu valley by making it easy, reliable and cost-effective.

While participating in a discussion over the bill, the lawmakers have demanded to introduce the policy at the national level instead of confining it only into Kathmandu valley.

Lawmaker Radhe Shyam Adhikari from the main opposition Nepali Congress demanded amendment of the bill claiming that it was immature. He drew the attention of the minister over impractical provisions.

Lawmaker Komal Oli from NCP questioned over the limited domain of the authority. She called the government to constitute a national level body that would manage the transport system of the nation.

“Syndicate is still a head-ache to transport management. We are not yet able to systemize bus-stops, operate larger public vehicles and determine standards of heavy-loaded vehicles such as trucks and tippers, etc,” she added.

Another NCP lawmaker Ram Naryan Bidari urged the government to include the right of cyclists and pedestrians in the proposed bill. He also stressed for well-managed parking system in the urban areas.

KATHMANDU, Jan 10: With just two days left for the next scheduled meeting of the lower house, the ruling Nepal Communist... Read More...

Kathmandu, Aug 13 : Members of the National Assembly (NA) have stressed the need of developing the Pashupati area, the... Read More...