Kathmandu Paragliding back in business 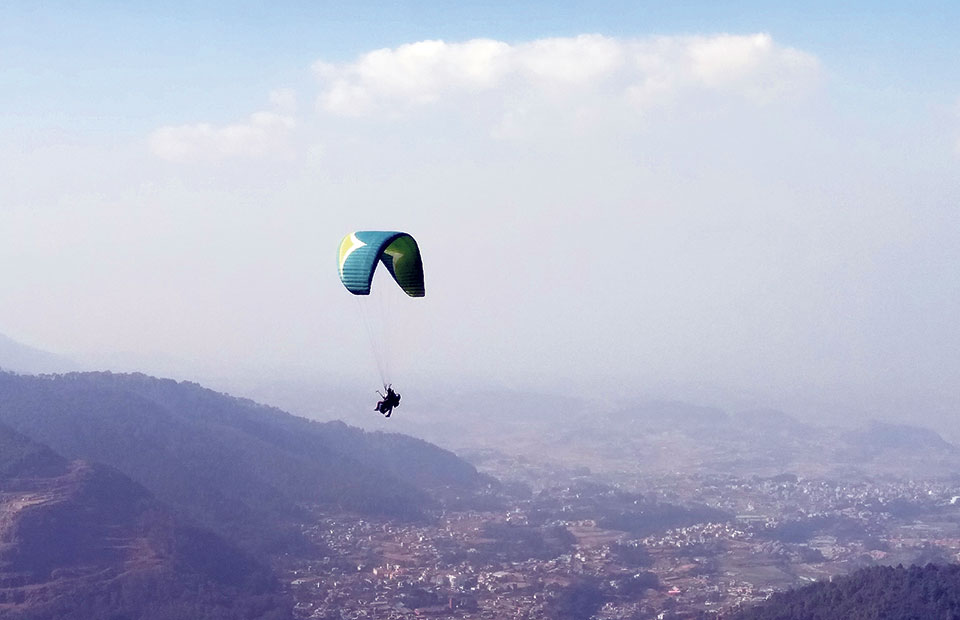 The first paragliding company in the Kathmandu Valley had shut operations citing a decline in the flow of tourists in adventure activities after the 2015 earthquakes. The company resumed operation three weeks ago.

Paragliders of the company take off from Chanpkharka (2,100 meters) located on the outer rim of Kathmandu Valley.

According to company officials, one can have panoramic view of mountain ranges and a stunning view of the Kathmandu Valley while on the sky. The landing point is at the Godavari.

According to the company, adventure enthusiasts can enjoy solo and tandem flights. It also plans to provide paragliding pilot training.

According to Aryal, the company has been operating 10 to 15 flights a day since it resumed service three weeks ago. “Paragliding flights depend on weather conditions. We have operated as much as 20 flights a day,” added Aryal.

Wagle believes that the paragliding service will offer tourists a whole new way to experience Kathmandu Valley. “The valley may not be as popular as Pokhara for adventurous activities. But we are offering a thrilling experience of paragliding to adventure enthusiasts,” Aryal said, adding that the service will also boost tourism in Kathmandu Valley.

Although paragliding has become popular among Nepalis as well, the company is seeing more foreign tourists these days. According to Aryal, most of their clients are Chinese tourists.

KATHMANDU, Feb 10: The wait is over. Your favorite flying site in Godawari, Kathmandu Valley is back again. The Company... Read More...

KATHMANDU, Nov 11: Paragliding, an adventurous sport, has been flourishing as a commercial tourist attraction in Nepal. In Kathmandu, it is... Read More...