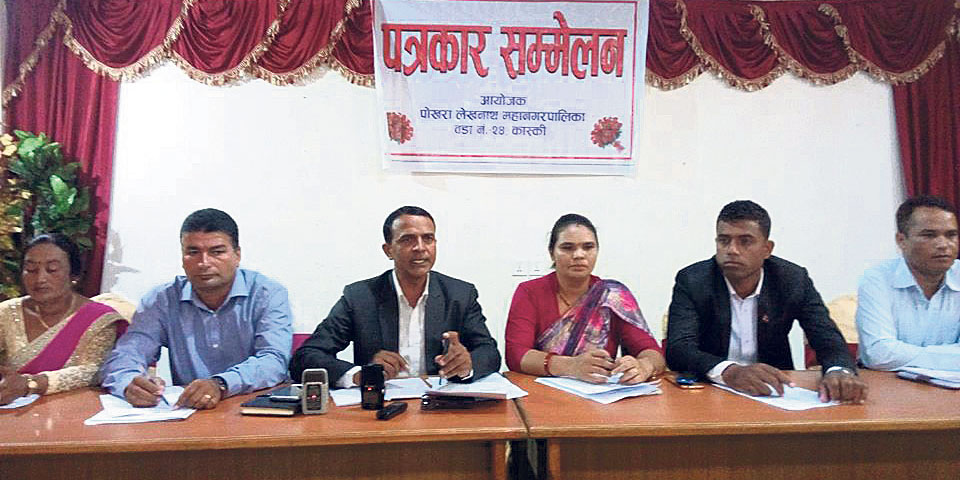 POKHARA, June 14: Pokhara Lekhnath Metropolitan City is organizing 'Jaau Hai Kaskikot' campaign to promote the hill station, which is believed to be the origin of Shah dynasty, among domestic and foreign tourists.

The organizers plan to attract 50,000 visitors annually to Kaskikot by organizing the campaign.

Unveiling his action plan for Fiscal Year 2018/19, Om Prasad Subedi, chairperson of Ward 24 of Pokhara Lekhnath Metropolitan City, said that the ward office was rebuilding Guptakalika temple of Kaskikot, as well as constructing foot trail and view tower as part of the Kshyapdham Master Plan. “We will also be building accessible foot trail from Deurali to Nagdanda and a cycling track between Sarangkot to Kaskikot,” Subedi added.

Speaking at a press meet on Wednesday, he also said that the Department of Archeology has allocated Rs 1.5 million for conservation of the historic Kaskikot palace.

“Our main objective is to promote Kaskikot (1887m) and Pame, which is becoming popular among visitors as a destination to enjoy fish delicacies,” Subedi added.

He further added that the ward office was arranging transportation facility for farmers to take farm produce to the market. “We are also providing grants to farmers to cultivate 154 types of medicinal herbs,” he said, adding that the ward office was also planning to build Herbs Collection Center and Agricultural Products Collection Center to facilitate farmers.

He also said that the ward office will be implementing 92 projects worth Rs 108.6 million in the coming fiscal year.