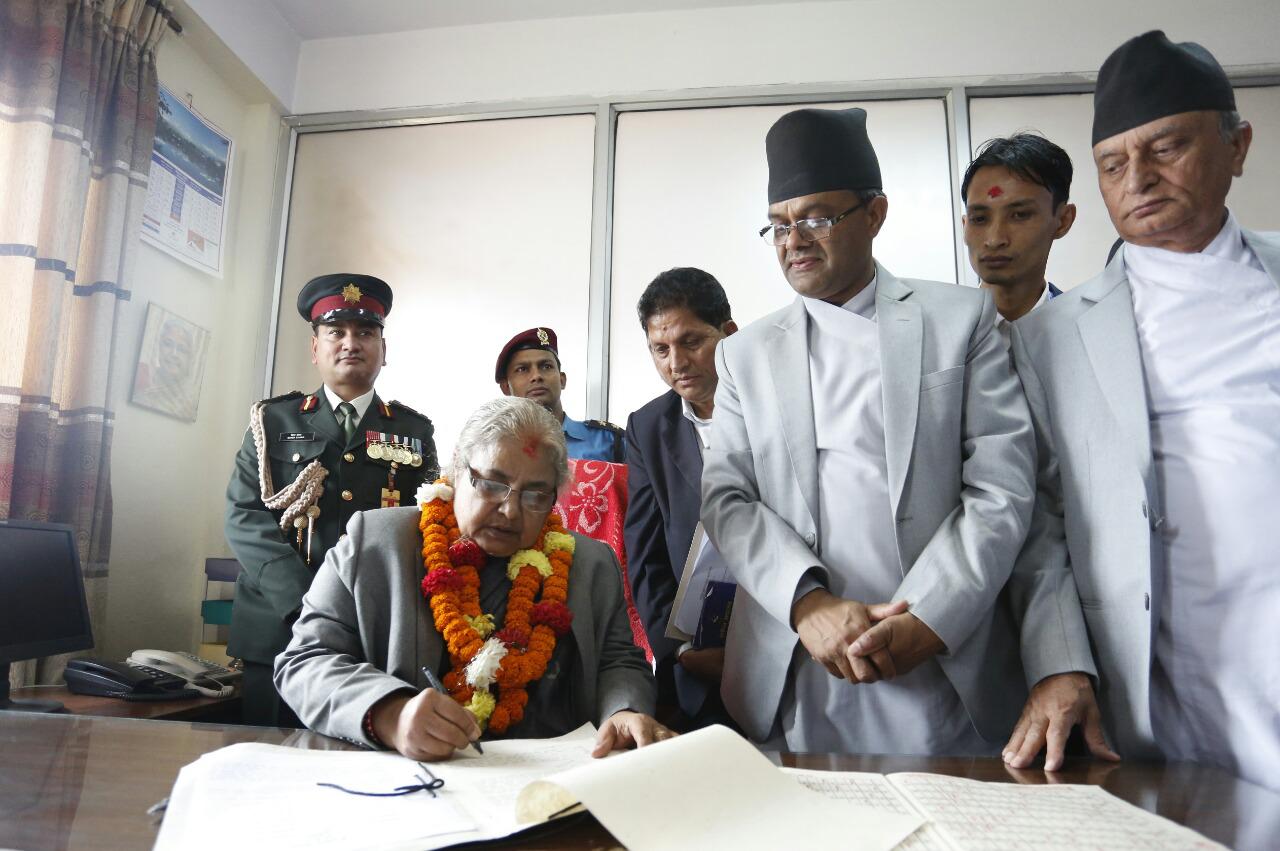 Karki, who is the 25th Chief Justice, today took oath of office and secrecy from President Bidya Devi Bhandari. She has become the first woman Chief Justice in the 64 years history of the SC.

The Parliamentary Hearing Special Committee had on Sunday approved the name of Karki recommended by the Constitutional Council on April 10 for her appointment to the post. Karki has now become the first woman Chief Justice.

She had been working as Acting Chief Justice for around three months for lack of hearing following delay in formation of PHSC.

Karki has been appointed as Chief Justice on the basis of seniority, capacity and qualification after the then CJ Kalyan Shrestha got retirement on April 12 due to age bar.
Born on June 8, 1952 at Shankerpur-3, Biratnagar, Karki would remain on the post for around 11 months.

She completed her Bachelors' level from Mahendra Morang campus in 2028 BS and Master Degree in political science from Banaras University in 2031 BS. Kaeki had started her legal journey after completing Bachelor in Law (BL) from Tribhuvan University in 2034 BS and made legal sector as her working area from March 29, 1979 being an advocate. She also taught at Mahendra Morang Multiple Campus, Dharan, for three years (2042-2046 BS).

Chief Justice Karki has visited America, the United Kingdom, Sri Lanka, Japan, China, India, Tanzania and the Netherlands, among other countries. She is proficient in Nepali, English and Hindi.

Karki worked as a lawyer for more than three decades and as the judge at the apex court for seven years.

Known for her boldness and leading a simple life, Karki is considered a person with an impeccable image in the judicial sector. Three women have become successful in reaching high offices after the promulgation of the new constitution in the country. Along with President Bidya Devi Bhandari and Parliament Speaker Onsari Gharti, Karki has the honor of taking up the responsibility of the Chief Justice of Nepal. RSS

PHSC endorses Sushila Karki as next CJ
4 years ago