Kami Rita to again do Everest twice in a season 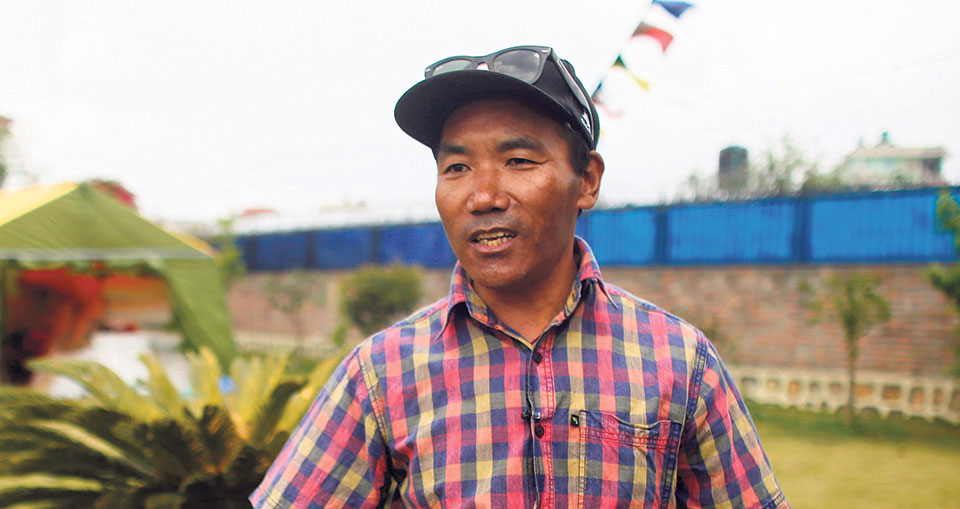 KATHMANDU, May 17: A day after breaking his own world record for climbing atop the world’s highest mountain the most number of times, Kami Rita Sherpa is out to climb Mt Everest one more time this season.

Immediately after descending to Everest Base Camp on Thursday, Kami Rita announced that he is to have another go at the summit this very spring season.

“He is climbing Everest one more time on May 22,” said Gyanendra Shrestha, a liaison officer stationed at base camp.

Mingma Sherpa, chairman of Seven Summit Treks, said the company has already sought permission from the Department of Tourism for Kami Rita to make another summit bid.

“We requested the department today [Thursday] for his second attempt on Everest,” said Mingma.

This will not be the first time Kami Rita has ascended Everest twice in one season. According to details provided by Seven Summit Treks, where he works, he did two Everest climbs in one season in 2009, 2010 and 2013.

The 49-year-old wishes to stop after making it to the summit 25 times.

Born in the remote village of Thame in Solukhumbu, Kami Rita started out as a ‘trekking boy, at the age of 12 to help support his family, and he stopping going to school. He is the son of the first Sherpa sirdar from his village.

He had never thought that his climbing would get him into the book of records some day.

In 2017 Kami became the 3rd person to climb Everest 21 times, equalizing the count with Apa Sherpa and PhurbaTashi Sherpa. He set a new record for most summit climbs in 2018.